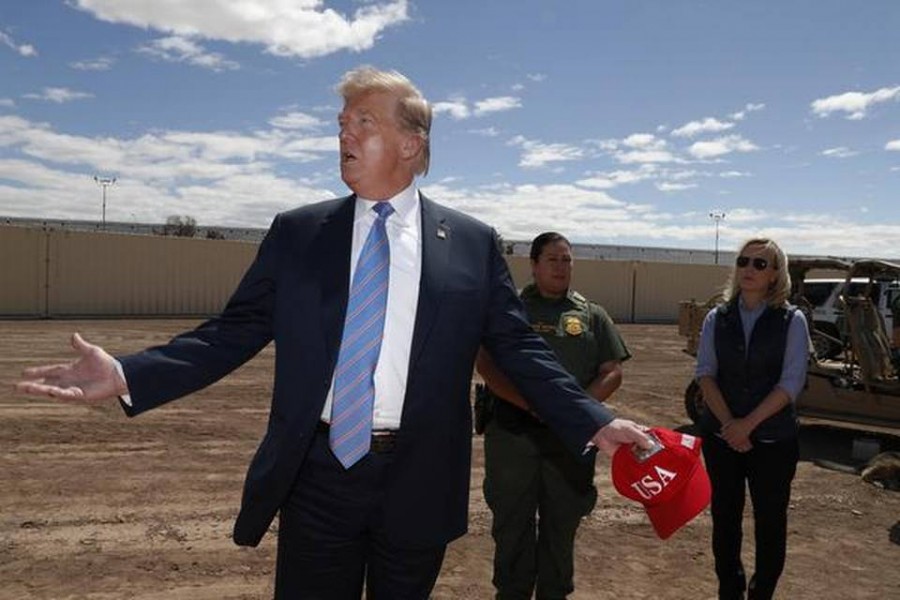 A federal judge blocked on Friday President Donald Trump from building sections of his long-sought border wall with money secured under his declaration of a national emergency.

US District Judge Haywood Gilliam Jr. on Friday immediately halted the administration’s efforts to redirect military-designated funds for wall construction. His order applies to two projects, scheduled to begin as early as Saturday, to replace 51 miles of fence in two areas on the Mexican border.

Judge Gilliam issued the ruling after hearing arguments last week in two cases. California and 19 other states brought one lawsuit; the Sierra Club and a coalition of communities along the border brought the other.

His ruling was the first of several lawsuits against Mr. Trump’s controversial decision to bypass the normal appropriations process to pay for his long-sought wall.

“The position that when Congress declines the Executive’s request to appropriate funds, the Executive nonetheless may simply find a way to spend those funds ‘without Congress’ does not square with fundamental separation of powers principles dating back to the earliest days of our Republic,” the judge wrote in granting a temporary injunction to stop construction.

At stake is billions of dollars that would allow Mr. Trump to make progress in a signature campaign promise heading into his campaign for a second term.

Mr. Trump declared a national emergency in February after losing a fight with the Democratic-led House over fully paying for the wall that led to a 35-day government shutdown. As a compromise on border and immigration enforcement, Congress set aside $1.375 billion to extend or replace existing barriers in Texas’ Rio Grande Valley, the busiest corridor for illegal crossings.

Mr. Trump grudgingly accepted the money, but he declared the emergency to siphon money from other government accounts because he wanted to spend $8 billion on wall construction. The funds include $ 3.6 billion from military construction funds, $2.5 billion from Defense Department counter-drug activities and $600 million from the Treasury Department’s asset forfeiture fund.

“We welcome the court’s decision to block Trump’s attempts to sidestep Congress to build deadly walls that would hurt communities living at the border, endanger wildlife, and have damaging impacts on the environment,” said Andrea Guerrero, a member of the Southern Border Communities Coalition.

The courtroom showdowns come amid a flurry of activity to accelerate wall construction.

Kenneth Rapuano, an assistant secretary of defense, said in a court filing last month that work on the highest-priority, Pentagon-funded projects could begin as soon as Saturday.

The Defense Department has transferred $ 2.5 billion to border wall coffers.

The Defense Department transferred $1 billion to border wall coffers in March and another $1.5 billion earlier this month. Patrick Shanahan, the acting defense secretary, is expected to decide soon whether to transfer an additional $ 3.6 billion.

The administration has planned to use $601 million in Treasury money to extend barriers in the Rio Grande Valley.