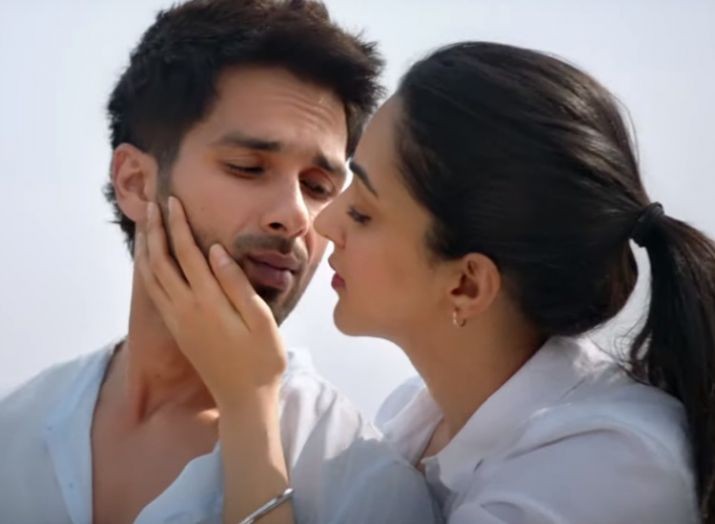 Shahid Kapoor and Kiara Advani starrer first song of their much-awaited film Kabir Singh is out and how. The song had already been a rage among the fans even before it hit the internet and now that it is out, fans can’t story talking about Kabir aka Shahid Kapoor and Preeti aka Kiara Advani’s sizzling hot chemistry. The duo sparks fire in the song from the moment they are seen together. The first song of the film titled Bekhayali was heard in the Kabir Singh trailer in the background and fans started falling in love with it since then. Even so that they started coming up with their own renditions of the song.

Kabir Singh song Bekhayali can easily be titled as the ‘most romantic’ song of the year. The video of the song starts with Shahid Kapoor in an angry mood and destroying everything around him including himself as a broken lover. Then he zones back in his memories with the love of his life Preeti, played by Kiara Advani. As the song proceeds to the lead duo’s happy moments, Shahid Kapoor and Kiara Advani are seen riding a bike and kissing. Soon after they meet with an accident but run towards each other to steal a kiss once again. The song definitely touches to the heart of every listener in many ways and Shahid-Kiara’s passionate kiss in the end just works as the cherry on the cake.

Just when the trailer of Kabir Singh popped on the internet, fans went crazy about the Bekhayali song that played in the background. Even before the makers could release it, fans had their own versions of it that they shared on social media. Ranging from a guitar solo to a duet, it won’t be wrong to say that Bekhayali song is already a rage on the internet.