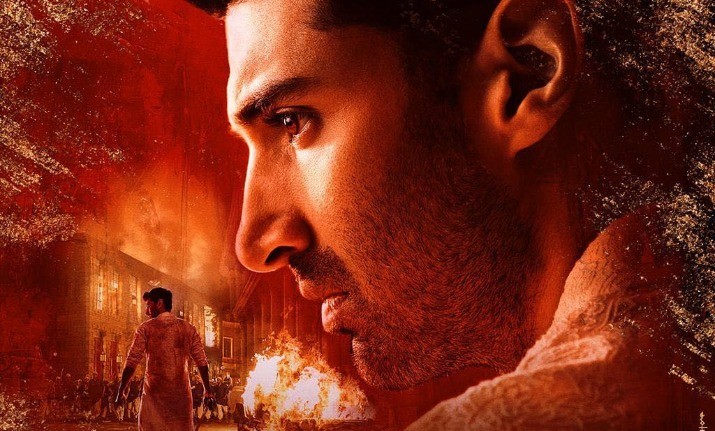 Kalank is based against the backdrop of Hindu-Muslim riots that took place during the India-Pakistan partition. Karan Johar has dropped another poster from his forthcoming production venture Kalank. In the second poster, he introduces another character from his period drama, Dev Chaudhry who is righteous & uncorrupted. Aditya Roy Kapur looks virtuous and protective, as he stands wielding a sword in thirsty for blood.

Kalank also has Alia Bhatt, Sonakshi Sinha, Madhuri Dixit and Sanjay Dutt in pivotal roles. So far, the women characters of the film haven’t been revealed. On Wednesday, filmmaker Karan Johar dropped the news that he will be sharing the posters of his upcoming film on Thursday. He wrote, “A film that was born in my heart and mind 15 years ago....a film I passionately believe in...the last film my father worked on before he left us....it was his dream to see this film come through....I couldn’t fulfil his dream then....my spirit was broken....but today his wish has found a relationship with celluloid....the story of turbulent relationships and eternal love has found a voice....the film has been woven,nurtured and visualised by ABHISHEK VARMAN....and the film Is KALANK! Set in the 40’s but it’s heart lives on.....TOMORROW the journey begins.....am excited ...anxious and emotional about this one...I do hope you join us on our path to undying love....”