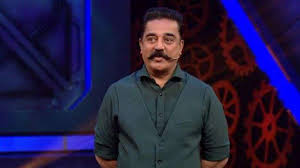 Kamal Haasan is back as host of season 3 of Bigg Boss Tamil which will air in June.

The veteran actor made extremely successful foray into the small screen with Bigg Boss Tamil in 2017, and returned for a second season in June last year. The reality show has been instrumental in raising Star Vijay’s viewership, earning it a position at the top with Sun TV.

It has also changed the fortunes of Kamal Haasan’s Makkal Neethi Maiyam and his production house Raj Kamal Films International.Kamal Haasan will focus on politics, but will also ensure that the legacy of entertainment content from his production house RKFI (Raj Kamal Films International) continues. A teaser, in which the actor is said to be seen in a long, handsome moustache, is expected soon.

The Bigg Boss Tamil franchise has seen success since its first season, despite objections to the content form certain religious groups and complaints of shaming disabled persons.

The contestants for this season, and further details are yet to be announced.