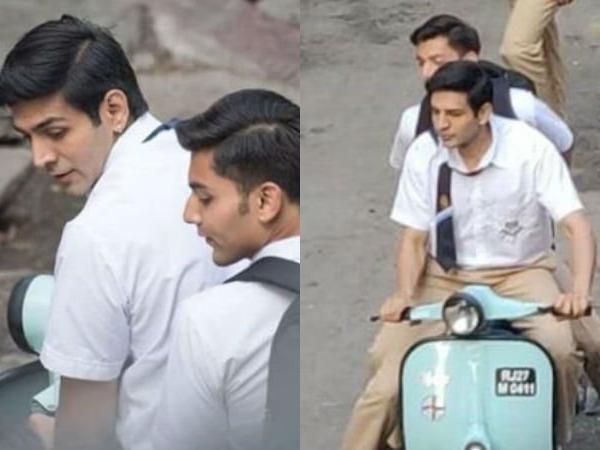 The Quint : Apr 20, 2019, 06:20 PM
The actor is seen sporting a school uniform and a clean shave. The actor is seen in a plain white shirt, tie and brown pants. Kartik will be seen playing a teenager from the 90s. The film is sequel to Imtiaz’s Love Aaj Kal starring Saif Ali Khan and Deepika Padukone. The sequel also stars Sara Ali Khan. Kartik will also be seen in another remake film for Pati Patni Aur Woh along with Ananya Panday and Bhumi Pednekar.