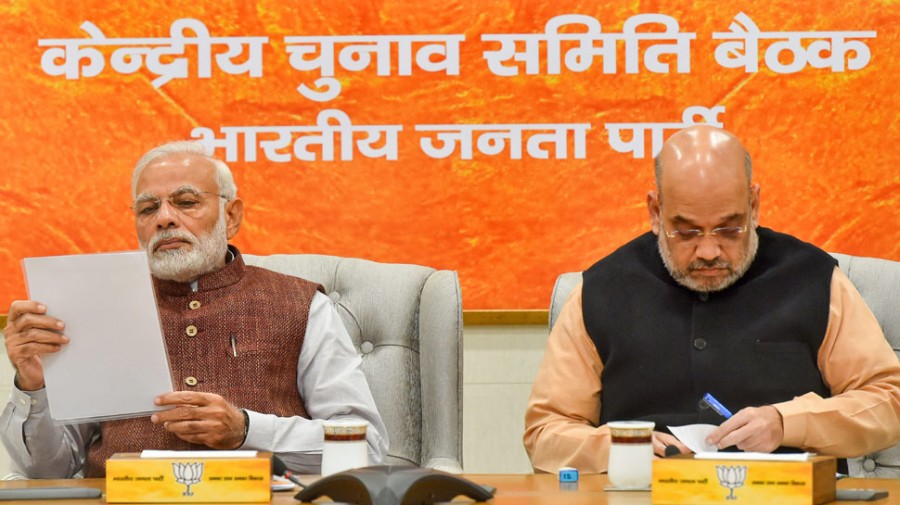 With less than a week to go for the first phase of Lok Sabha election 2019, the Bharatiya Janata Party (BJP) is likely to release its election manifesto on Sunday, April 7. Top party leaders, including Prime Minister Narendra Modi, party president Amit Shah, Union Minister Rajnath Singh and many more are expected to be present at the release event. BJP had released its manifesto 'Sankalp Patra' on April 7.

The Congress released its manifesto on Tuesday, making a slew of poll promises including bringing NYAY (Nyuntam Aay Yojana) with aims to provide Rs 72,000 a year to the poorest 20 per cent families in India and eliminate abject poverty by 2030. It also focuses on the single slab Goods and Services Tax (GST), social and economic issues and employement, among others.

Samajwadi Party chief Akhilesh Yadav mocked the BJP on Thursday, asking if it the manifesto will be released after the seven-phased polls.