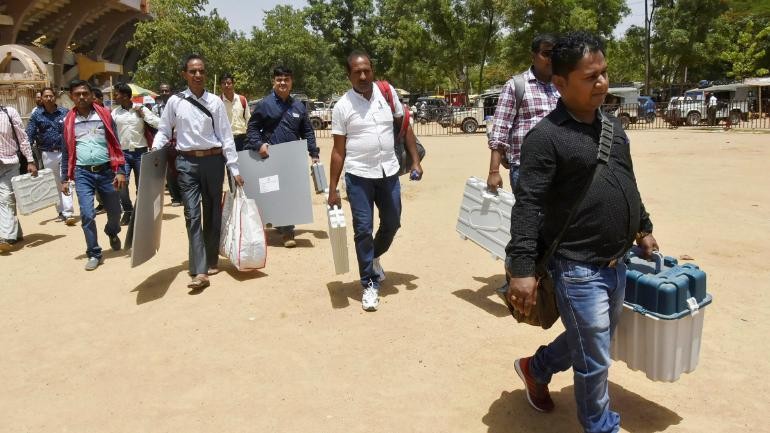 Campaigning for all the 72 Lok Sabha constituencies ended on Saturday at different times between 4 p.m and 6 p.m., 48 hours before the voting closure time at each constituency. A total of 943 candidates are contesting in the Lok Sabha election phase four across 72 constituencies.

The fate of 943 candidates, including Union ministers Giriraj Singh, Subhash Bhamre, SS Ahluwalia and Babul Supriyo of the BJP and former Union ministers Salman Khurshid and Adhir Ranjan Chowdhury of the Congress, will be decided by about 12.79 core voters in the fourth phase.

The stakes are high for the ruling BJP and its allies as it had swept 56 of these seats in 2014, leaving just two for the Congress and the rest for other opposition parties such as the Trinamool Congress and the Biju Janata Dal.

The cynosure of all eyes in this phase, however, is the Begusarai Lok Sabha seat which will witness an electrifying contest between CPI debutant Kanhaiya Kumar taking on firebrand BJP leader and Union minister Giriraj Singh.

The Congress would be looking to continue to hold the state in the 2019 Lok Sabha elections.

In Uttar Pradesh, the fourth phase will include most of the seats in Bundelkhand region that are highly dominated by agrarian issues.

In this region, the BJP is facing a strong challenge from the Samajwadi Party (SP) and Bahujan Samaj Party (BSP) combine this time. Kanpur and Farrukhabad in Uttar Pradesh are also going to polls in the fourth phase of the Lok Sabha election 2019.

BJP leader Murli Manohar Joshi who won from the Kanpur seat in 2014 has not been fielded this year. The BJP has fielded Satyadev Pachauri from Kanpur seat.

Lok Sabha Election to 542 parliamentary constituencies is being conducted in seven phases between April 11 and May 19. The Lok Sabha election 2019 result will be declared on May 23.