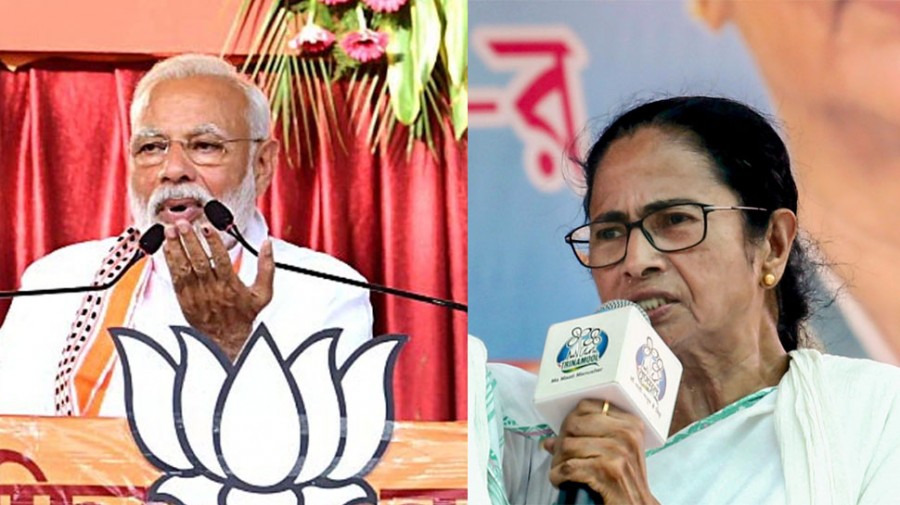 With the Election Commission's order to end campaigning on Thursday night in West Bengal, the political parties will today leave no stone unturned to woo the voters across the state. Bharatiya Janata Party (BJP) and Trinamool Congress (TMC), the arch-rivals, have some major rallies scheduled for the day.

Prime Minister Narendra Modi will make the last pitch for his party in West Bengal and has two public meetings in Mathurapur and Dum Dum lined-up in the evening.

Mamata Banerjee has four rallies today. At 1 pm, she will arrive at North 24 Parganas for a rally and then reach Diamond Harbour. She will also hold two roadshows in South West Parganas and Kolkata, respectively.

Meanwhile, apart from West Bengal, PM Modi will conduct three election rallies in Uttar Pradesh on Thursday. The BJP said that the Prime Minister will address Vijay Sankalp rallies in Ghosi, Chandauli and Mirzapur. PM Modi will in the evening arrive at his constituency Varanasi to meet the party's office bearers. After an overnight halt, he'll continue to campaign across the temple town on Friday. Congress president Rahul Gandhi travels to Rajasthan, Uttar Pradesh and Bihar on Thursday. First, he will visit Alwar in Rajasthan. From there, he will fly to Uttar Pradesh's Kushinagar and later, a roadshow in Bihar capital Patna follows.

BJP president Amit Shah will hold a roadshow in Gorakhpur. He will be there along with UP Chief Minister Yogi Adityanath and party candidate from Gorakhpur Lok Sabha seat Ravi Kisan. Shah will also address rallies in Maharajganj, Salempur, Ballia and Deoria.