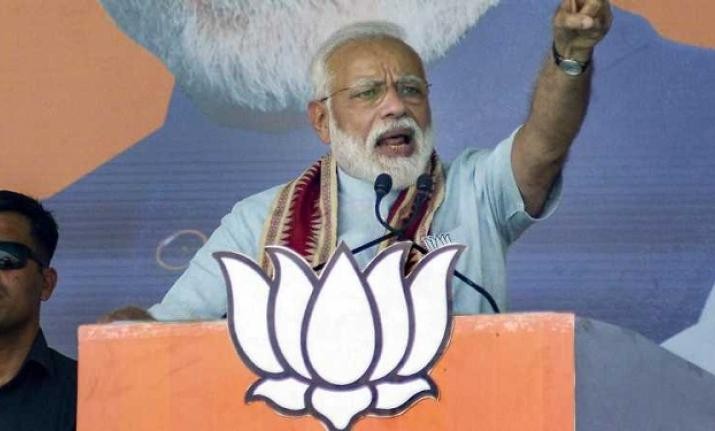 Keeping up with this, PM Narendra Modi on Saturday will address election rallies in Uttar Pradesh and Bihar today. Meanwhile, campaigning for the fifth phase of general elections comes to an end today evening.

Stay tuned to this space as IndiaTVNews.com brings to you live and latest updates on the Lok Sabha poll campaign.In Pratapgarh rally, Prime Minister Narendra Modi today said, "Congress leaders are happily sharing stage with Samajwadi Party in rallies, these people have betrayed Behenji so cunningly that even she is not able to comprehend."

"Party which was staking claim to PM post before the first round of voting now admits to being a vote cutter," the prime minister said. Rajasthan Congress president Sachin Pilot on Saturday said the BJP had failed to tell people during the Lok Sabha election what had it done for them in the last five years and exuded confidence that his party would sweep the state by winning all the 25 Lok Sabha seats in the ongoing polls.

"Poll campaigns should be run on the issues of governance, investment etc. The Congress carried out a positive election campaign, unlike the BJP, which did not show its report card. No leader of the BJP is ready to talk about jobs, which is the core issue," the Rajasthan deputy chief minister told reporters at the party office.

"There is a wave in favour of the Congress and we are going to accomplish our target of 'Mission 25' (winning all the 25 Lok Sabha seats in Rajasthan)," he added.

BJP MP Meenakshi Lekhi Saturday said only actresses with a TMC ticket do not represent all women in politics, and that the Mamata Banerjee-led party fielding popular faces of the Bengali film industry cannot be called women empowerment.

The BJP candidate from the high-profile New Delhi Lok Sabha constituency also said all parties need to put in extra efforts to boost the participation of the fairer sex in public life at every level.

Only 18 of the 164 candidates in the fray in Delhi are women, according to data from Delhi's chief electoral office.