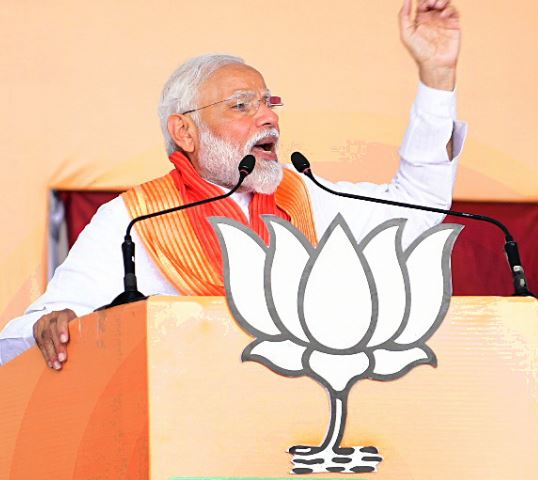 As 51 Lok Sabha constituencies across seven states go to polls in the fifth phase of Lok Sabha election on Monday, campaigning gains momentum for sixth and seventh phase of the election. Several leaders and political bigwigs will be seen today touring across the country and holding election rallies and roadshows.

Prime Minister Rajiv Gandhi and said that he will serve a legal notice to him. In a statement, Tiwari said that

Prime Minister Modi has already accepted his defeat in the ongoing Lok Sabha elections, hence he is making such statements.

PM Narendra Modi to adress public at 3 pm in Chaibasa today in support of BJP candidate Laxman Giluwa who is contesting from Singhbhum Lok Sabha constituency in Jharkhand.

Uttar Pradesh CM Yogi Adityanath to address public at Itwa tehsil of Siddharth Nagar in support of BJP candidate from Domariyaganj constituency Jagdambika Pal, who is contesting from here.

Trivandrum on Monday at 6.00 pm. In view of Parliament election, both the CMs will discuss contemporary politics. Later, KCR will visit Rameshwaram and Srirangam temples in Tamil and as part of his pilgrimage.

Maharashtra Chief Minister Devendra Fadnavis will campaign in Indore today. He will address the media today at 6 pm and will inaugurate the party election office at around 8:30 pm near ITI Road, Gauri Nagar, Indore.