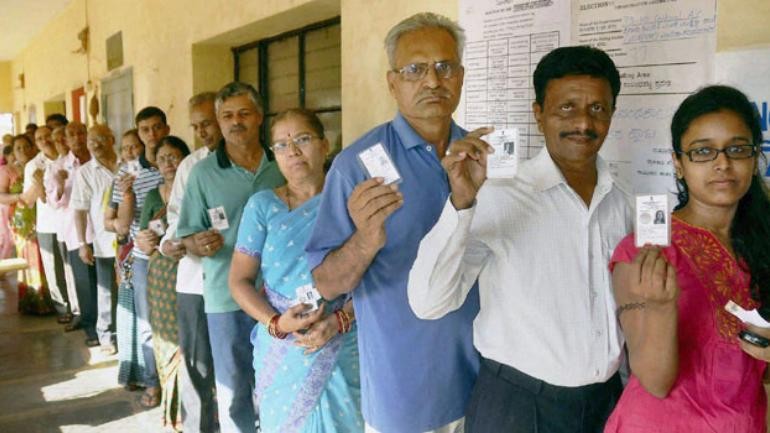 The Election Commission of India (ECI) will announce the Lok Sabha elections 2019 schedule dates today, which is likely to be spread over seven to eight phases in April-May. The EC will hold a press conference today at 5 pm in Vigyan Bhawan.

The Model Code of Conduct will come into force once the polling dates are announced by the Election Commission. The Lok Sabha election 2019 is expected to begin on April 10 and end on May 15.

The term of the present Lok Sabha ends on June 3. Notification for the first phase could be issued by the end of March for voting sometime in early April, sources suggested.

The required electronic voting machines and paper trail machines are in place to be deployed in nearly 10 lakh poling stations across 543 Lok Sabha constituencies.

There is a high probability of the elections being spread across seven to eight phases this time.

The Election Commission is also likely to announce the assembly election dates in Andhra Pradesh, Odisha, Sikkim and Arunachal Pradesh, according to various media reports.

On Saturday, the Election Commission had convened a meeting to assess preparedness for the Lok Sabha elections 2019. According to the reports, the assembly polls in Jammu and Kashmir were also discussed in the meeting.

The J-K assembly's six-year term was to end on March 16, 2021, but it got dissolved after a ruling coalition between the Peoples Democratic Party (PDP) and the Bharatiya Janata Party (BJP) fell apart.

In 2014, the EC had announced the election schedule on March 5 and the nine-phase electoral exercise was spread across April and May. While the first phase polling was on April 7, the last phase was on May 12.