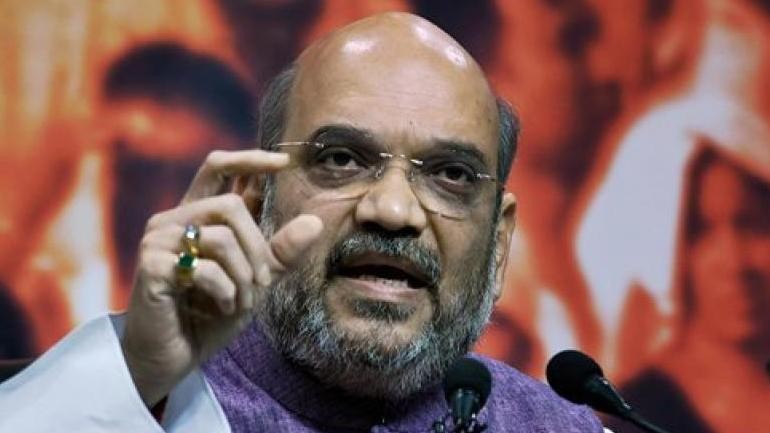 As the Lok Sabha elections enter the final phase of polling, political temperature in the country continues to soar. The atmosphere of anticipation has political leaders on the edge, making the last-minute attempts to woo the voters. While Prime Minister Narendra Modi will address an election rally at Deoghar today, Bharatiya Janata Party (BJP) president Amit Shah will address a press conference at party headquarters. Meanwhile, the battle for Bengal has escalated into a full-blown war. West Bengal, in the 2019 general elections, has witnessed possibly the fiercest contests after Uttar Pradesh.

Ahmed Patel tweeted, "We condemn the destruction of Ishwar Chandra Vidyasagar’s statue This insult to the people of Bengal by BJP will never be forgiven Greed for power will see the BJP dismantle every icon of Bengal, their legacy and the culture that they helped build."

Haryana Chief Minister Manohar Lal Khattar Tuesday deplored the violence during BJP president Amit Shah's roadshow in Kolkata and said the party will not tolerate such kind of "goonda raj".

Khattar said the Election Commission should look into the matter to ensure smooth conduct of polls in West Bengal on May 19.

BJP and TMC supporters fought pitched battles on the streets of Kolkata during a roadshow by Shah, who escaped unhurt but was forced to cut short the jamboree and had to be escorted to safety by police.

Parts of Kolkata plunged into a welter of violence as the BJP president's convoy was attacked with stones by alleged TMC supporters from inside the hostel of Vidyasagar College, triggering a clash between supporters of the two parties, officials said.

"I strongly condemn the incident. BJP will not tolerate this type of goonda raj, the Election Commission should take cognizance," Khattar told a hurriedly called press conference at his residence.

Bharatiya Janata Party president Amit Shah will be addressing a press conference at 10 am at party headquarters in New Delhi.

On Tuesday, a scuffle broke out between TMC and BJP workers during Amit Shah's roadshow in Kolkata. The incident took place when Amit Shah's convoy passed by Calcutta University campus on College Street.

Students' wing of the TMC -- Trinamool Congress Chhatra Parishad -- gathered in front of the Calcutta University gates and displayed posters asking Amit Shah to "go back" and apologise for his comment "Kangal Bangla [destitute Bengal]".

Stones were pelted at Amit Shah's convoy from a college hostel on Bidhan Sarani.

Thereafter, BJP supporters gheraoed the building and launched a counter attack, according to eyewitneses.

In response to Tuesday's incident, West Bengal Chief Minister Mamata Banerjee launched an attack on Amit Shah asking if he were a god that no one can protest against him.

"What does Amit Shah think of himself? Is he above everything? Is he God that no one can protest against him?" she said.

The TMC leader also criticised the Election Commission for allegedly not taking enough action against the BJP for spending huge amount of unaccounted money in the polls.

During his roadshow in Kolkata on Tuesday, Amit Shah said that BJP workers have been killed in Bengal.

The BJP also alleged that the Trinamool Congress (TMC) workers and Kolkata police removed the posters and flexes of the party, including that of Prime Minister Narendra Modi, hours before Amit Shah's rally in the city. 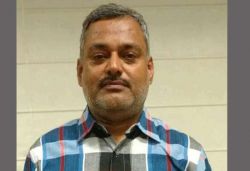 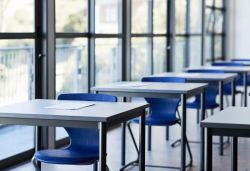