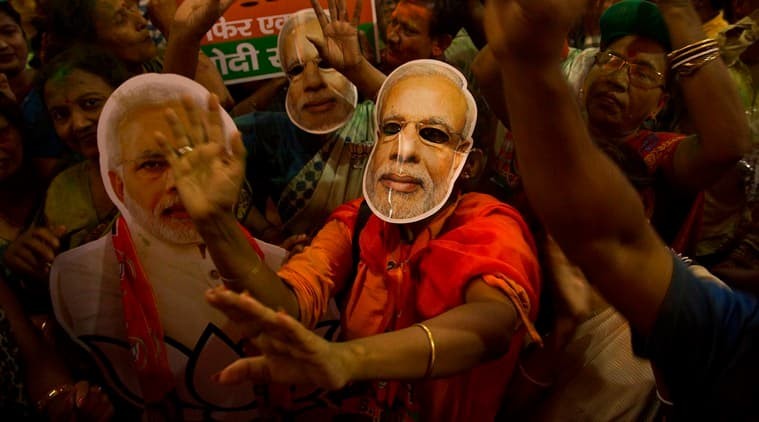 Riding on Prime Minister Narendra Modi’s popularity and riding high on the nationalism wave, the Bharatiya Janata Party (BJP) is on course to storm back to power with a bigger mandate. As per the latest data from the Election Commission, the BJP is leading in 300 seats while the Congress is trailing far behind with 50.

While the BJP is heading for a sweep in Rajasthan, Gujarat, Haryana, Delhi, the saffron party also staved off a strong challenge from the Opposition in Uttar Pradesh and Maharashtra. In addition, the party made inroads in West Bengal, Odisha and Telangana.

On the contrary, the Congress’ efforts to pose a formidable challenge to BJP have come a cropper. The grand old party also failed to carry forward the momentum from its recent election victories in Madhya Pradesh, Rajasthan and Chhattisgarh. It is, however, faring better in Punjab and Kerala. The full results of the seven-phase elections are expected to be officially declared only late evening.