News / Lok Sabha elections 2019: After Delhi, Congress pushes pedal to the metal in UP 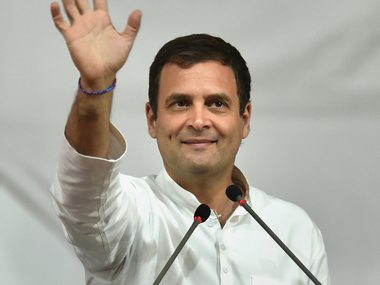 The Congress released its first list of candidates for 15 seats for the upcoming Lok Sabha elections, naming UPA chairperson Sonia Gandhi, 72, as the party’s candidate from Rae Bareli and Rahul from the Amethi seat. Sonia Gandhi’s re-nomination from Rae Bareli ends months of speculation that her daughter and party general secretary in-charge of east UP Priyanka Gandhi Vadra, 47, may contest from the Gandhi family.

The list comprises 4 Lok Sabha seats in Gujarat and 11 in Uttar Pradesh where a formal alliance with the three-party combine led by Akhilesh Yadav, Mayawati and Ajit Singh did not work out. SP’s Akhilesh Yadav and BSP’s Mayawati have, however, already announced that their front would not contest elections from Rae Bareli or Amethi to ensure that they did not cut into the anti-BJP votes in seats represented by the Congress president and his mother.

This, Mayawati has explained, was to ensure the two leaders were not tied down to their constituencies, leaving them free to campaign against the BJP and Prime Minister Narendra Modi in other parts of the country.

Akhilesh Yadav often counts this arrangement as evidence that the Congress hadn’t been left out in the cold. But a Congress leader indicated that the last word on the arrangement was yet to be said. “Back channel talks are going on between the parties to arrive at some arrangement,” a leader said.