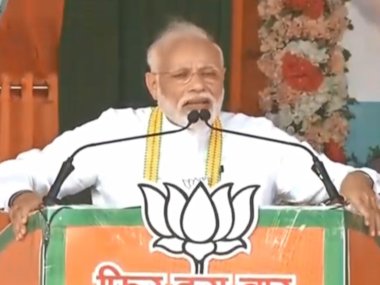 The 2019 Lok Sabha results will be announced only on May 23, but Prime Minister Narendra Modi, confident that he will return, has already asked the Prime Minister’s Office (PMO), Niti Aayog and the Principal Scientific Adviser to prepare the agenda for the first 100 days of the next government, with a focus on double-digit GDP growth in the next five years. PMO, Niti Aayog and the PSA’s office are locked in meetings.

Drinking water and inter-linking of rivers will be one of the topmost priorities if PM Modi is voted back to power, the officials added. The basic idea is to build a network of dams and linkages so that India is not exposed to threat of China building dams on upstream Brahmputra as well as optimum utilization of the rivers under India in the Indus Water Treaty.

“Prime Minister Modi is aware that the only way to deliver water to South India particularly Tamil Nadu is by inter-linking of rivers and ensuring that rivers are not just allowed to flow into sea during monsoon season by building upstream storage areas,” said the first official.