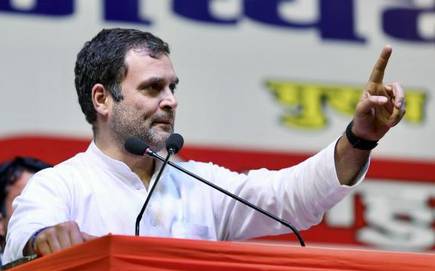 Congress president Rahul Gandhi will file his nomination papers from the Wayanad Lok Sabha seat in Kerala, the second constituency he is contesting apart from his traditional stronghold of Amethi in Uttar Pradesh, on Thursday morning. Police and special protection group personnel had a tough time keeping the crowd under check. Rahul Gandhi and Priyanka Gandhi finally left the airport through a special gate.

Congress general secretaries KC Venugopal and Mukul Wasnik are camping in the district to oversee arrangements. Party leaders said Rahul Gandhi will visit Wayanad again once or twice for campaigning after filing his nomination papers, adding Priyanka will canvass in the constituency for a couple of days.

They said since Rahul Gandhi is busy campaigning in other parts of the country, leaders have advised him to not spend too much time in a relatively safer constituency.

According to party leaders, the Congress president’s entry has electrified the poll scene in the state.