News / Lok Sabha elections 2019: Farmers aren’t happy with Modi, many will vote for him regardless 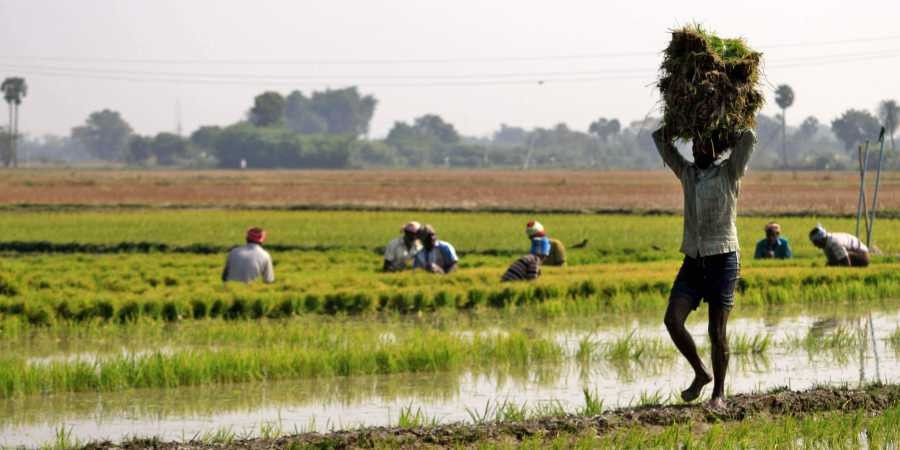 As India’s massive election enters its final stage, Prime Minister Narendra Modi’s bid for re-election will turn on the sentiment of the country’s 263 million farmers who support more than half the population. With crop prices depressed and farmers protesting and even committing suicide in their thousands, his ability to keep this vital section of the electorate on board could depend as much on his appeal to their nationalism as on cash handouts.

One of the election pledges that swept Modi’s BJP to power five years ago was the promise to pay farmers 50% more than their cost of production. But the implementation has been a long time coming -- a formal announcement from the government came only in February 2018 -- and even then, many farmers complain that authorities aren’t able to ensure the promised rates.

To win over the disgruntled farmers, Modi announced an annual cash payment of 6,000 rupees ($85) in three equal installments to as many as 120 million farmers. But it may be the country’s military flare-up with Pakistan that helps buttress the BJP’s rural vote.

“Modi has given freedom to our commanders in the armed forces to strike the enemy which previous governments never did,” said Omparkash, a grain farmer in Baliar Khurd village in the northern state of Haryana, who goes by one name. “The government is not able to fulfill all the promises they had made but they are doing a decent job. Nationalism is important for us.”

In an escalating series of confrontations with its neighbor, the Indian Air Force launched airstrikes on Feb. 26 to attack in what New Delhi claimed was a terrorist training camp inside Pakistan. Modi’s government has also systematically appealed to nationalism, especially for the nation’s Hindu majority, symbolically renaming cities and allocating almost $600 million to a mass Hindu pilgrimage.

In July, Modi’s government finally followed up on its previous election promise and announced returns that are at least 50% more than the estimated production cost. Yet, many of the country’s 263 million farmers still aren’t able to fetch adequate returns. The government purchases about a third of the country’s wheat output and about 40% of the rice crop for food welfare programs, as well as small quantities of other commodities like mustard, corn and pulses.

Delays and problems implementing that program have threatened to erode Modi’s support this time round.

Pawan Kumar, a farmer in northern Indian state of Haryana, made five unsuccessful attempts to register his name to sell his mustard crop at a state-run procurement center, only to be told that the government’s web portal wasn’t working. As many as 1,600 farmers were deprived of the opportunity to enroll their names in the roster at Rewari grain market in Haryana, according to Narender Yadav, secretary at one of India’s biggest wholesale market for the oilseed. Kumar, who said before voting last week that he would vote on farm issues, is hoping open-market mustard prices will climb at least 17% to the government-set support levels before he sells.

Parshuram Yadav, a rice and wheat farmer in Uttar Pradesh, and Dilip Patidar, a wheat and garlic grower in Madhya Pradesh, said they voted for the BJP last time but won’t vote for Modi’s party again on Sunday. Patidar said it costs as much as 30 rupees to grow a kilogram of garlic and he is waiting for prices to rise about 25% to 50 rupees per kilo so he can sell his 8-ton garlic crop.

Anger among farmers was one of the main reasons for the defeat of the incumbent BJP in Chhattisgarh, Rajasthan and Madhya Pradesh states in December. Large-scale protests have been held across India. As well as low crop prices, farmers have been hit by the rising cost of fertilizers and diesel.

“It is pity that farmers, as producers, are not able to set prices of their crop,” said Dharampal Nambardar, a member of political party Swaraj India, which isn’t contesting elections but is campaigning against the policies of the BJP. “When people in other profession achieve something they are rewarded but, when farmers produce more they are punished as prices fall and there is hardly any support from the government.”

Voting has taken place in 484 out of 543 seats in the lower house of parliament and both main political parties have dedicated much of their campaigning to winning over the farm lobby. In addition to the cash payments, Modi has promised to invest 25 trillion rupees ($355 billion) in rural development, while the opposition Congress party has promised nationwide loan waiver and a monthly payment of 6,000 rupees each to nation’s 50 million poor families.

Abhay Singh, a farmer in Haryana, said last week he won’t vote for the BJP as the key issue for him is the guaranteed prices for his crops. “We want a government that supports farmers, creates jobs and works toward the country’s development,” he said. “We want assured crop prices not loan waivers. Elections shouldn’t be fought on the basis of the achievements of our armed forces.”

As many as 12,602 farmers and agricultural laborers committed suicide in 2015, according to the last available data before the government stopped releasing figures.

In Uttar Pradesh, the country’s most populous state and the top sugarcane grower, farmers are struggling to get paid on time by mills. The state’s mills owed 89.92 billion rupees ($1.3 billion) to farmers as of March 8.

“Despite several promises by the ruling party the farmers are still in distress which erodes the credibility of the prime minister,” said Sudhir Panwar, a senior leader of Samajwadi Party, which mainly operates in the state of Uttar Pradesh. “The aspirational voters in Uttar Pradesh who voted for BJP in 2014 are with the opposition parties now.”

With only a few days left till polls close after six weeks of voting, those economic realities are putting Modi’s appeal in the nation’s villages to the test.

Suraj Singh, a farmer in the northern state of Haryana, summed up the conflicting feelings that many farmers feel as they go to vote. He said before voting last week that there should be a permanent solution to farm debts and “farmers should have freedom to sell their produce at any price while traders shouldn’t be allowed to loot the farmers.”

But he added: “Our votes will go to the party that secures our country.”