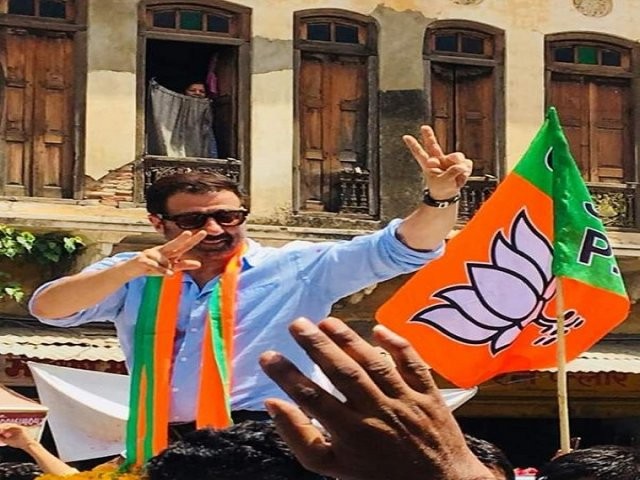 Bharatiya Janata Party’s Lok Sabha candidate Sunny Deol will be holding a mega road-show in Gurdaspur from where he is contesting the polls, on Thursday.

It is purported to be the longest road-show in the electoral history. The 100-km long roadshow is scheduled to take off in the morning, from India-Pakistan border.  It will go from Gurdaspur to Pathankot.

Deol's father and Bollywood veteran Dharmendra will also come and stay in Gurdaspur to support him during campaigning. His younger brother Bobby Deol will also be present.

Deol said: “This is our land and now we want to do something for it”. He said he is meeting every member of party and meeting people before starting campaign.

The BJP has fielded Deol, a Jat Sikh, from Gurdaspur and he will be locking horns with Jakhar, Aam Aadmi Party's Peter Masih and Punjab Democratic Alliance's Lal Chand.

In his first political speech on Monday after taking the political plunge, Deol had called himself a "patriot" who did not know much about politics. Deol had also reminded voters of the patriotic character he played in the film 'Gadar' and referred to his 'dhai kilo ka haath' from the 1993 blockbuster 'Damini'.

The saffron party had nominated Vinod Khanna in 1998 and he had managed to unseat veteran Congress leader and five-time MP Sukhbuns Kaur Bhinder. Khanna represented the seat four times in 1998, 1999, 2004 and 2014.

Currently, the Gurdaspur constituency is represented by Congress MP Sunil Jakhar who won the seat in the 2017 bypoll, which was necessitated after Khanna's demise in April 2017.

Jakhar had defeated BJP candidate Swaran Salaria by a margin of 1,93,219 votes.

Punjab will vote on May 19 in the last phase of the ongoing general elections.

On Wednesday, a war of words erupted between the Congress and the BJP in Punjab over the candidature of Deol from Gurdaspur.

Accusing Deol of having "no understating" of issues in Punjab, Jakhar, who is also the state Congress president asked his opponent to share his vision for the Gurdaspur seat, telling him that "politics is a serious business and not a time pass activity".