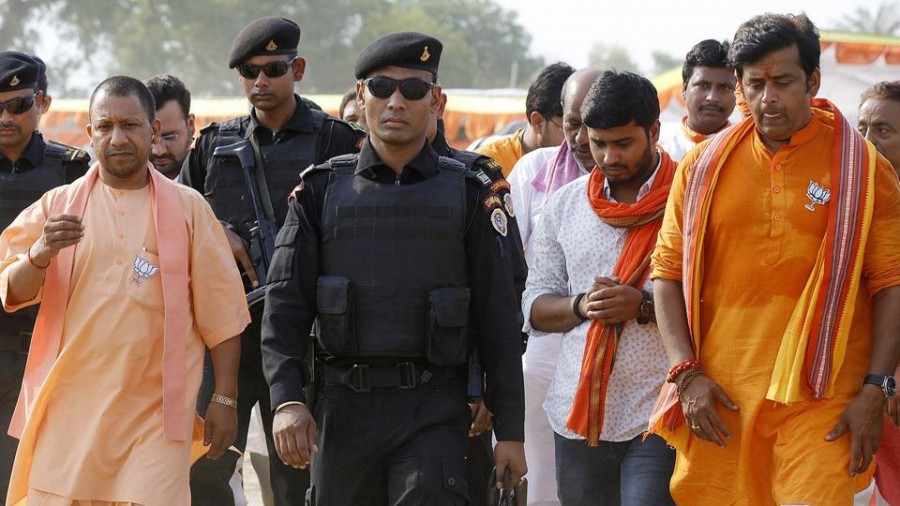 After witnessing first-hand the effects of the SP-BSP alliance on his home turf in the bypolls last year, Uttar Pradesh Chief Minister Yogi Adityanath is leaving little to chance in the Gorakhpur constituency, which goes to polls in the seventh and last phase on May 19.

Despite his busy campaign schedule across the country, Adityanath has camped in Gorakhpur, a seat he has won every time since 1998, for the last week — since campaigning ended for Phase 6 on May 10 — in a bid to get the social, religious and caste equations right. The BJP’s pick for Gorakhpur this time is actor-turned-politician Ravi Kishan Shukla.

Since the BJP suffered defeats at the hands of the gathbandhan in the Gorakhpur and Phulpur bypolls last year, the party has faced an uphill battle in a region where politics revolves around Thakurs and Brahmins.

Sources said that Adityanath has put to task his own organisation — the Hindu Yuva Vahini — which has remained dormant since he became CM in 2017. However, Shukla’s nomination has irked many and former Yuva Vahini chief Sunil Singh is campaigning for gathbandhan candidate Ram Bhuval Nishad.