Political / Mahagathbandhan over? After Samajwadi Party and BSP, now RLD to fight UP bypolls alone 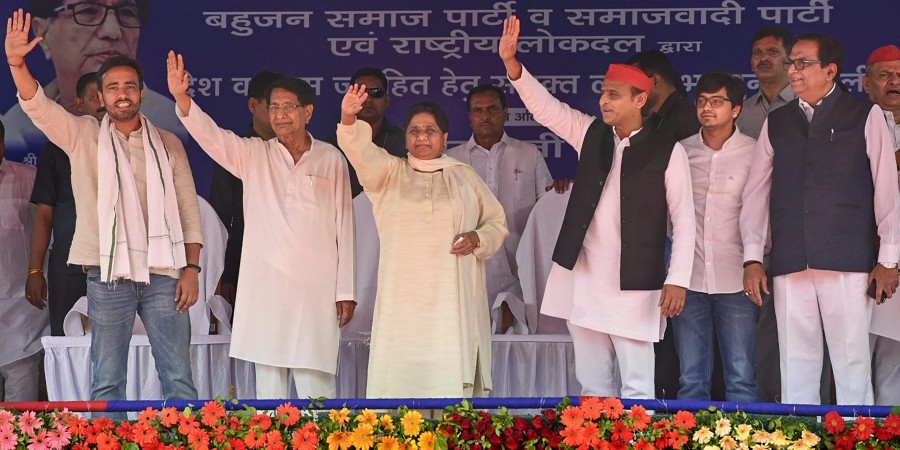 A day after the SP and the BSP decided to contest alone all 11 seats in the upcoming assembly bypolls, their third alliance partner in the recent Lok Sabha elections - RLD - Wednesday announced it too will go solo.

"The Rashtriya Lok Dal will contest the UP assembly bypolls on its own whenever they are held. However, it is too early to comment on the political scene of the state," he told PTI.

Party chief Chaudhary Ajit Singh and Jayant Chaudhary will decide on the number of seats the party will contest and the matter may be discussed during a meeting in the next few days, Ahmad said.

When asked about the RLD's role in the new political landscape of the state, which sends the highest number of 80 MPs to the Lok Sabha, Ahmad said, "The RLD was with the Samajwadi Party. We got the seats from the quota of Akhilesh".

The UP RLD chief said the Congress should also be a part of the 'gathbandhan'.

When asked who will gain from the recent spate of political developments, Ahmad said, "The profit and loss analysis will be done later.

Our wish is that the gathbandhan should increase its 'kunbaa' (clan), so that we can emerge as a strong anti-BJP force".

The UP assembly bypolls will be important for the RLD as it has no representation in the UP Legislative Assembly.

In the just-concluded Lok Sabha elections, the RLD had contested from three constituencies but faced defeat on all.

In the 2014 Lok Sabha elections, RLD candidates had to forfeit their deposits in six of the eight Lok Sabha seats they contested from Uttar Pradesh.

The party managed to poll only 0.86 per cent of total votes in the state.

The father-son duo had lost the elections from their respective seats in 2014 as well.

The party's performance was equally dismal in the 2017 Uttar Pradesh assembly elections.

The RLD contested 277 assembly seats but 266 of its candidates lost their deposits.

But he, too, left the RLD and joined the BJP in April last year.

In the UP Legislative Council, there are no RLD MLCs, as the term of party MLC Chaudhary Mushtaq ended in May last year.

The opposition 'gathbandhan' in Uttar Pradesh unravelled on Tuesday with BSP chief Mayawati declaring her party will fight the assembly bypolls alone, prompting Akhilesh Yadav to say his SP too is ready to go solo.

The Bahujan Samaj Party chief, however, said the break is not permanent and she can work with the Samajwadi Party again if the SP president can "fulfil his duties".

Reacting to her statement, Yadav told reporters in Ghazipur, "If the alliance ends, we will field SP candidates on all 11 seats up for the bypolls after consulting party leaders soon."

Mayawati said she will try to ensure that the BSP-SP relationship stays intact.