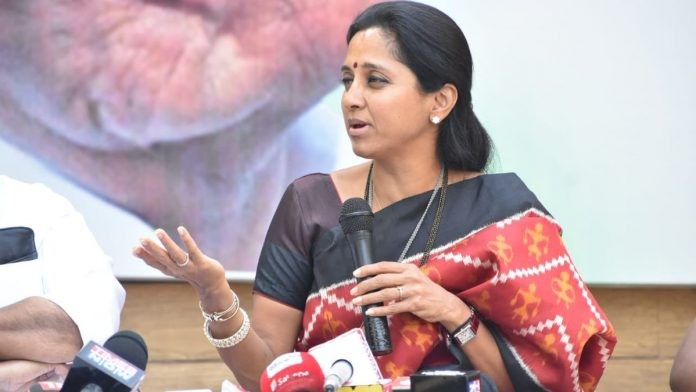 Supriya Sule-Pawar of Nationalist Congress Party won the Baramati Lok Sabha seat, her third win in a row from the family stronghold. Sule secured over 650,000 votes, while her BJP rival, Kanchan R. Kool, scored over 493,000 votes.

This makes Supriya Sule-Pawar, the daughter of NCP supremo Sharad Pawar, the first winner from the 48 Lok Sabha constituencies in the state, the second highest in the country after Uttar Pradesh, in the 2019 elections. Like 2014, she again overcame the 'Modi'wave to win the seat for the third time since 2009. However, her nephew Parth Ajit Pawar, was trailing behind Shiv Sena's Shrirang Barne with a margin of over 200,000 votes in the Maval Lok Sabha seat.

Besides, three other NCP candidates are leading with comfortable margins. They are: Chhatrapati Udayanraje P. Bhosale from Satara, Marathi filmstar Amol R. Kolhe in Shirur and Sunil Tatkare in Raigad.

Besides, All India Majlis-e-Ittehadul Muslimeen (AIMIM)'s Imtiyaz Jaleel Syed was leading in Aurangabad, with 192,389 votes compared to sitting Shiv Sena MP Chandrakant Khaire who was trailing with 159,707 votes.

Her husband is independent legislator Ravi Rana, who is the nephew of yoga guru-cum-industrialist, Ramdev Baba.
Barring these seven candidates, the BJP-Sena combine was ahead in the remaining 41 of the 48 Lok Sabha seats in the state.