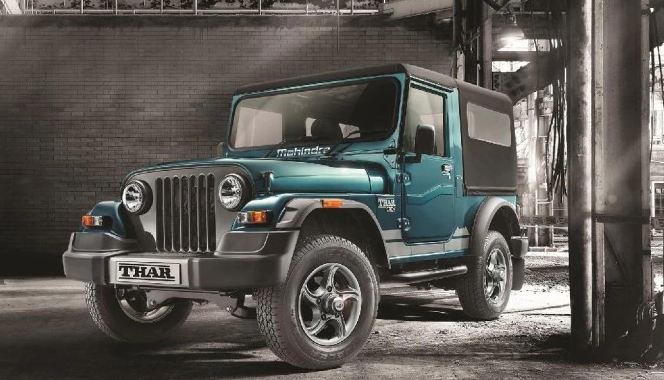 For all those Mahindra fans who have been waiting to get their hands on the limited special edition Thar 700, now is the time. Mahindra Thar 700 units have started reaching company dealerships across India. Other than the dealerships, the SUV can be booked at www.mahindrasyouv.com as well.

Earlier this month, Mahindra & Mahindra had launched Thar 700 for a starting price of Rs 9.99 lakh (ex-showroom, Delhi). The limited special edition of the 4x4 off-roader will have only 700 units as part of the final batch of the current-generation SUV. The second-generation Mahindra Thar will be introduced in India in 2020.

Mahindra Thar 700 gets the same 2.5-litre, CRDe engine that is available with the standard Thar. The motor delivers 105 bhp and a peak torque of 247 Nm. It is offered with a 5-speed manual transmission.

The limited special edition Thar 700 will be available in Aquamarine and Napoli Black colour options. There are several new features in it like 5-spoke alloy wheels, black finish on the grille, decals on the side and bonnet, silver finish on the front bumper, leatherette upholstery with THAR logo on the front seats and ABS (Anti-lock Braking System). It also gets a badge with Mahindra Group Chairman Anand Mahindra's signature on it.

The next-generation Mahindra Thar has been spied testing on a number of occasions in India. The company is also testing the new-generation Scorpio, which is expected to be launched in the country in 2020.