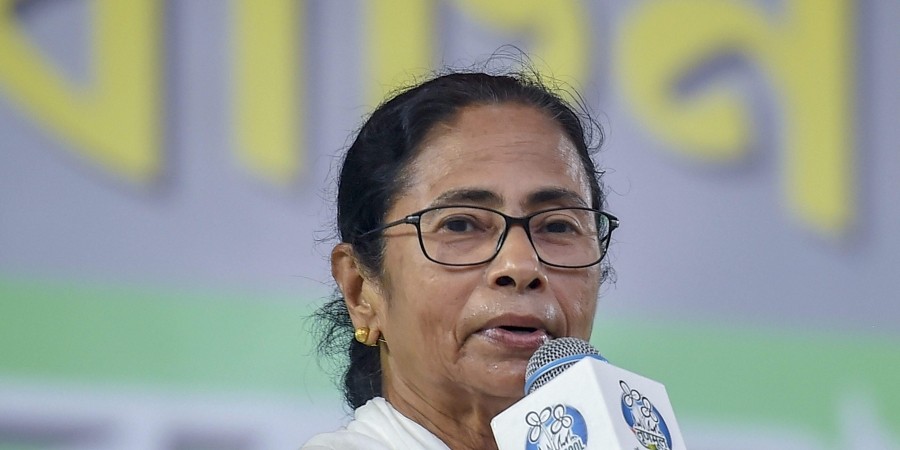 As per the event schedule, Banerjee will first pay floral tributes to the leader at a ceremonial programme at the Hare School ground on College street and then would walk on foot from there to the Vidyasagar college on Bidhan Sarani, where the statue will be re-installed in her presence.

The bust of Vidyasagar, a 19th-century social reformer, was vandalised in clashes between BJP and Trinamool Congress workers at Vidyasagar College during BJP president Amit Shah's roadshow on May 14. Later while addressing a meeting in the state, Prime Minister Narendra Modi on May 16, promised to build a grand 'panch dhatu' (traditional five-metal alloys of sacred significance) statue of Vidyasagar at the same spot where the old one stood before being vandalized.

West Bengal CM Banerjee however publically denied the proposal by asserting that her state has got enough money to make the structure.

According to West Bengal Information and Cultural Department, the events related to re-installation of the bust today are being organized by state's Higher Education and School Education Department in collaboration with the committee for the 200th birth anniversary of Vidyasagar.

A prominent figure in West Bengal, Ishwar Chandra Vidyasagar has come under the spotlight after a statue of him was vandalised on Tuesday night during violence at BJP president Amit Shah's roadshow in Kolkata.

Vidyasagar, who has brought great reforms in the Indian society, is often touted as a man who was ahead of his time. Mostly recalled for his contribution in introducing concepts of widow-remarriage in the traditional society, he is referred to as a philosopher, writer, reformer, printer and philanthropist.

He was most influential in campaigning for widow-remarriage and fought against many traditionalists to get an act passed in its favour. He invoked scriptures, did print campaigns and engaged in debates to get his point across.

It was with his continuous efforts that the Widow Remarriage Act was passed in July 1856 and the first such documented marriage also took place in Kolkata. Vidyasagar was also instrumental in spreading awareness against the practice of polygamy prevalent in some sections of higher casts of society.

Before getting into social reforms, Vidyasagar had already devoted a large part of his life in refining the Bengali education sector. As an educator at Sanskrit College, Fort William College and founder of the Metropolitan Institution, he is credited with introducing a fixed routine and the concept of weekly offs in the education system.

Metropolitan College was later renamed as Ishwar Chandra Vidyasagar College, the place where its founder's bust was smashed in May this year.