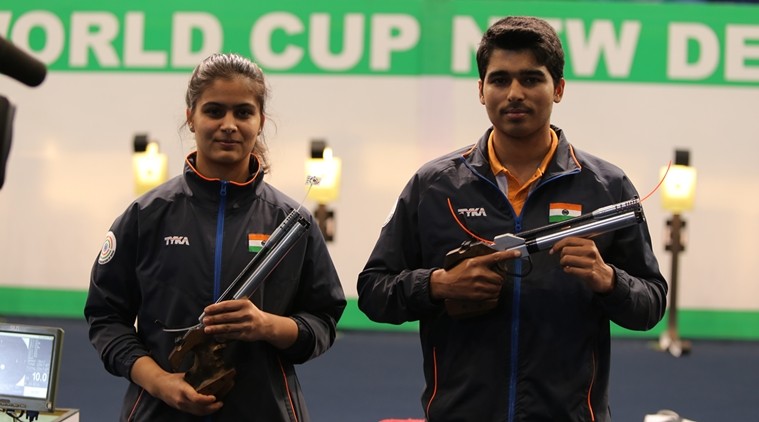 Exactly a month after a gold medal winning feat at the ISSF World Cup in New Delhi, Manu Bhaker and Saurabh Chaudhary continued their golden exploits in Taipei at the 12th Asian Airgun Championship.

They clinched the gold medal in 10m Air Pistol mixed team event after setting a world record during the qualifying stage.

The pair shot a combined 784 in the qualification round, breaking the record set by Russia’s Vitalina Batsarashkina and Artem Chernousov at the European Championships five days back, before going on to win the five-team finals with a score of 484.8.

A second Indian team pairing of Anuradha and Abhishek Verma also reached the finals to finish fourth with a score of 372.1.