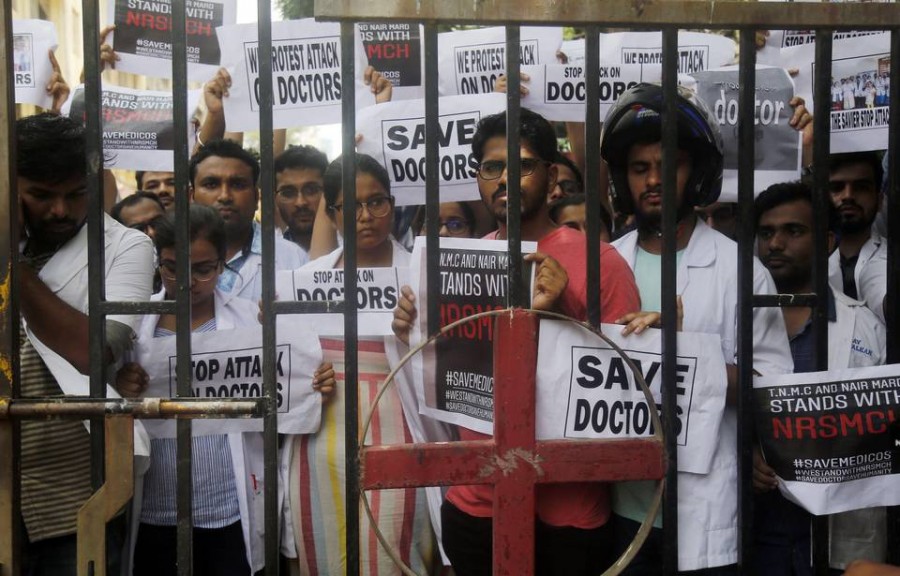 Hospital services were affected in different parts of the country on Friday as a doctors’ agitation that began in West Bengal following an assault on medical professionals spread to the national capital, Kerala, Hyderabad, Chandigarh and even Jammu and Kashmir.

While 300 doctors in West Bengal quit on Friday evening, demanding additional security and assurance of a safe work environment, the Indian Medical Association (IMA) sought to intensify a nationwide protest over the next two days and called for the withdrawal of all non-essential health services on June 17.

“The gruesome incident in NRS Medical College, Kolkata, is of barbaric nature,” the IMA said in a statement on Friday.

“The IMA condemns the violence perpetrated on a young doctor,” it added.

Dr. Vardhan also assured a delegation of medical professionals who called on him in the capital that the Centre would be writing to all Chief Ministers to ensure that violence against doctors was dealt with zero tolerance.

He said he had also written to Chief Minister Mamata Banerjee asking her to personally intervene in resolving the current impasse and taking steps to provide a secure working environment to the doctors. “The entire country is adversely affected due to the developments in West Bengal and therefore ensuring an amicable end to the agitation will be beneficial and strongly warranted,’’ Dr. Vardhan added.

The Minister’s intervention comes as doctors in several cities across the country including Delhi and Chandigarh went off work in protest against the assault on junior doctors at the NRS Medical College Hospital in Kolkata on Monday.

Major hospitals in Delhi including the All India Institute of Medical Sciences (AIIMS) and Safdarjung Hospital offered only ward and in-patient services on Friday, with the out-patient department and diagnostic facilities withdrawn for new patients.

A delegation of the Resident Doctors’ Association (RDA) from AIIMS said they had urged all RDAs across the country to join the token strike in case “exemplary action” was not taken against the people who attacked doctors in West Bengal.

“The gruesome incident in NRS Medical College, Kolkata, is of a barbaric nature,” the IMA said in a statement expressing solidarity with the doctors on strike.