Tamil Nadu / Mettur dam unlikely to be opened on June 12 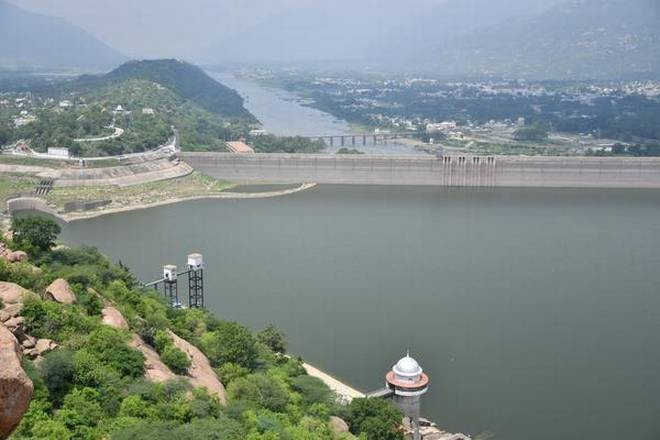 The prospects of a ‘kuruvai’ paddy crop appear bleak in the Cauvery delta this year too, as the Stanley reservoir in Mettur is unlikely to be opened for irrigation on the customary date of June 12.

2019 would be the eighth consecutive year that the short-term crop has been affected in the State due to insufficient water in the dam. The last time the waters flowed for ‘kuruvai’ cultivation was in 2011, when the dam was opened ahead of schedule on June 6, recalled farmers.

The level in the Mettur dam stood at 47.44 feet (16.23 thousand million cubic feet) on Sunday, which would not allow release of water for irrigation, unless there is bountiful rainfall in the catchment areas in Karnataka and copious inflow from the neighbouring State over the next couple of weeks.

Karnataka PWD Minister H.D. Revanna, during a recent visit to Kumbakonam, told reporters that water could be released to Tamil Nadu only if there is rainfall.

The Tamil Nadu Water Resources Department figures on the present storage position in Karnataka’s reservoirs, put out by the Tamil Nadu State Disaster Manager Authority on Sunday, do not present an encouraging picture.

As per the data, the storage at Krishnaraja Sagar Dam was just 23.15% of its capacity and at Kabini it was 35.93%. The storage in Harangi and Hemavathy reservoirs was 18.33% and 13.12% of their respective capacities.

“The monsoon has not set in yet and the inflow [into Mettur] is not good. We can wait till end of June or first week of July and if the level crosses 60 feet we can take a chance with kuruvai. If not, the best thing will be to go for a good samba crop,” said Mannargudi S. Ranganathan, general secretary, Cauvery Delta Farmers Welfare Association.

However, Mr.Ranganathan observed that the “risk of going in for kuruvai” can be taken only if the monsoon was good and Karnataka cooperates. Karnataka should share water on pro-rata basis every day, right from beginning of the monsoon. The Cauvery Management Authority should take control and ensure this. They should also monitor that water was not wasted by Karnataka, he said.

Usually, kuruvai paddy is raised on an estimated 1.4 lakh hectares in the delta districts of Thanjavur, Tiruvarur, Nagapattinam and a few parts of Tiruchi and Cuddalore districts. This apart, farmers in filter point areas raise the crop using borewells and over the past few years, the State government has been implementing special ‘kuruvai’ packages to aid such cultivation. A similar package is expected to be implemented this year too.

But with canal irrigated farmers keeping their fingers crossed, Mahadhanapuram V.Rajaram, working president, Cauvery Delta Farmers Welfare Association, demanded that the State government come out with a clear announcement on whether the dam would be opened for ‘kuruvai’ crop this year or not.

“The government, in consultation with experts, should also come up with an advisory on the alternative crops that can be cultivated by the farmers during the season,” he said.

Several other farmers’ organisations have called upon the State government to mount pressure on Karnataka to release water as per the final award of the Cauvery Water Disputes Tribunal and the Supreme Court verdict.