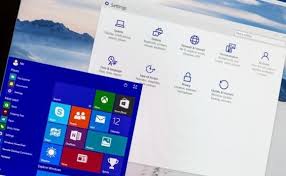 Even though users have some time before worrying about Microsoft cutting support for most of its previous Windows versions, the company seems eager for its base to make the upgrade right away.

For which, the software giant is warning users using older Windows versions to urgently apply for a Windows Update in order to protect their systems and data against a potential widespread attack.

The company has already released security patches for Windows 7, XP and Windows Server 2003 despite the fact that XP and Server 2003 are already out of support.

However, the security patches have been released to ensure that no cyber attacker could create a malware that would attack data on systems running on Windows operating system.

"It is for these reasons that we strongly advise that all affected systems – irrespective of whether Network Level Authentication (NLA) is enabled or not – should be updated as soon as possible," the post added.

Systems running Windows 8 and Windows 10 are not affected by this vulnerability. But in markets like India, even the ATMs are still seen running on dated Windows versions that can easily fall prey to cyber attack, affecting the lives of millions of people relying on them to withdraw money.