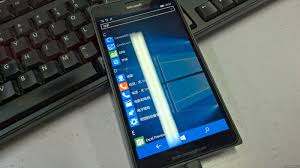 Microsoft is testing a feature that would allow users to create spreadsheets using visual data and mixing Artificial Intelligence (AI) and Office 365 through smartphone cameras. The "insert data from picture" option would allow users to scan a receipt or table-type information into Excel. Scanning for a grid or outline can be done by many apps including Microsoft's. Excel's powerful AI engine will process the image.

The feature would also give users a chance to correct any issues discovered during the conversion process after importing the data.

"'Insert data from picture' is one of several beta features and currently only available to a portion of Office Insiders. When ready, we'll release the feature to all Office Insiders and Office 365 subscribers," Microsoft added.

On release, the feature is expected to be cross-platform, allowing Microsoft to continue emphasising that the platform is not necessarily operating system (OS) based and that the software users could choose to run on any device totally irrespective of the OS it's running on, Forbes added.