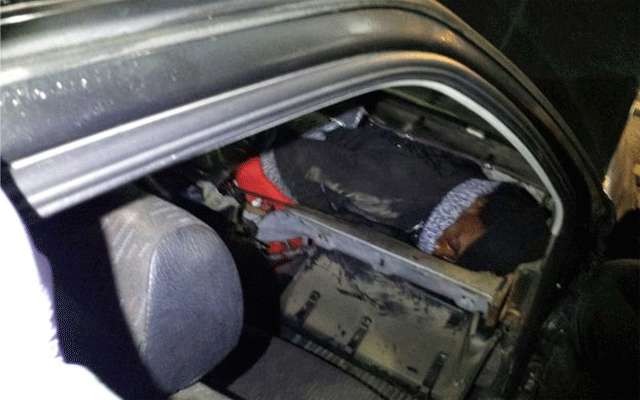 A migrant was found hiding inside the dashboard of a car on the border between Morocco and the Spanish enclave of Melilla, trying to enter Europe illegally.

The man, in his 20s, was one of four migrants found inside four separate vehicles within several hours on Saturday, said Spain's Civil Guard officers. Three more vehicles were stopped in Beni-Enzar, Morocco, during the weekend, the Daily Mail reported.

Another stowaway was found in an engine compartment, a third under a rear seat and a fourth man in a dangerous position in a dumper truck, where they were in danger of being crushed.

Two of these men had to be stabilised by doctors after they were found to be suffering from asphyxiation, disorientation and joint pain due to the conditions in which they travelled. A 15-year-old girl was also among those found.

Speaking to Euronews, the press spokesperson for the Civil Guard said the four people were discovered in "very reduced compartments" and were in danger of "breathing toxic gases".

An investigation was underway to determine whether the four migrants were related as it was believed that they had all travelled from Conakry, Guinea, the spokesperson said.

Three of the drivers have been arrested, and the fourth was released as the stowaway had not needed help to fit into the hiding place, unlike the others.

In recent years, thousands of migrants seeking a better life in Europe have tried to enter Spain.