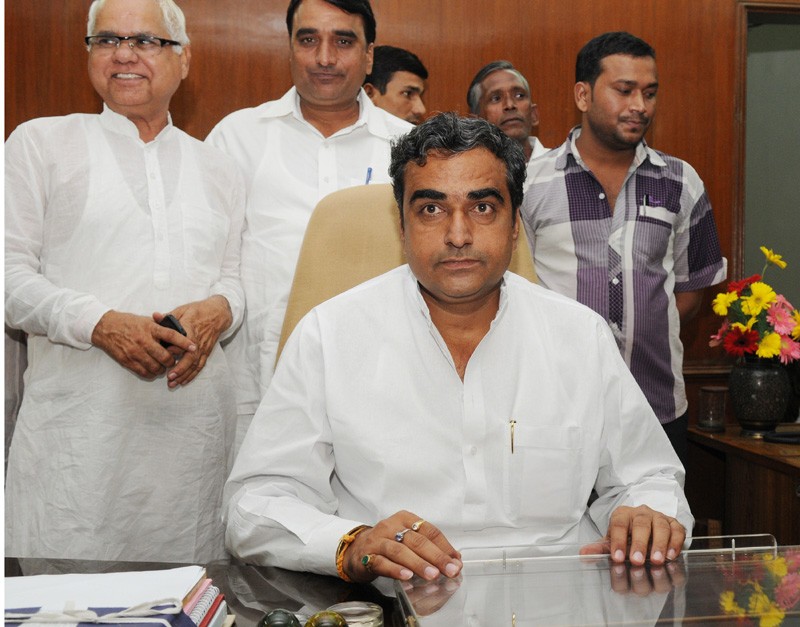 Fissures in the Congress’s Rajasthan government have deepened with Agriculture Minister Lalchand Kataria issuing a letter stating that he has tendered his resignation from the Cabinet because he does not consider it “morally right” to continue after the party’s debacle in the Lok Sabha polls.

In the letter, Kataria said he is “sacrificing” his ministerial post — the Congress failed to win a single seat from Rajasthan. He said he has sent his resignation to the Governor’s office through the office of the Chief Minister. Officials at the Governor’s office however, said Monday that they had not received any letter from the Minister.

Kataria, a former Union minister in the UPA government, is believed to be close to Chief Minister Ashok Gehlot and sources say his move could be part of an effort to shield his leader and send a message of consolidation to his followers.

On Sunday, two other Ministers of the Rajasthan Cabinet took aim at Gehlot, and demanded “introspection” and “accountability” for the election setback. Cooperative Minister Udaylal Anjana said there is “talk in the town that the Chief Minister (Gehlot) would have been able to work more in other constituencies had he been free.” Food and Civil Supplies and Consumer Affairs Minister Ramesh Chand Meena warned that the defeat “should not be taken lightly”.

Kataria, who handles the portfolio of Agriculture, Animal Husbandry and Fisheries, was elected as an MLA from Jhotwara last year. The assembly segment falls under the Jaipur Rural Parliamentary constituency, where the party’s Lok Sabha candidate Krishna Poonia lost to Union Minister Rajyavardhan Rathore by 3,93,171 votes. In Kataria’s assembly segment, Rathore polled 1,86,911 votes against Poonia’s 71,117.

In his letter dated May 25, which was first shared Sunday, Kataria said he will “continue to work for the people of his constituency” for the rest of his tenure and “strive to fulfill the expectations of the people”. He said that he will now be able to “openly” take up issues of his constituents in the state assembly.

The remarks of Anjana and Meena came after Congress president Rahul Gandhi referred to Gehlot, while speaking at the Congress Working Committee (CWC) meeting Saturday about senior leaders who put the interests of their sons above that of the party during the elections.

Gandhi is learnt to have told the CWC that Gehlot had spent about a week campaigning for his son in Jodhpur while neglecting the rest of the state. The Chief Minister’s son Vaibhav Gehlot lost by over 2.7 lakh votes to BJP leader and Union Minister Gajendra Singh Shekhawat.