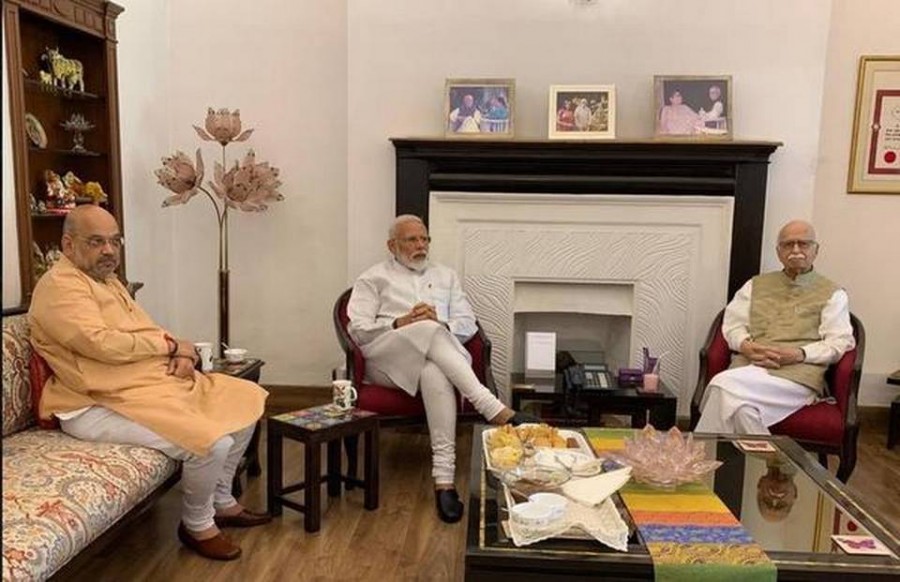 Prime Minister Narendra Modi and BJP chief Amit Shah on Friday called on party veterans LK Advani and Murli Manohar Joshi, a day after the party-led NDA returned to power at the Centre with a massive mandate.

“Called on respected Advani Ji. The BJP’s successes today are possible because greats like him spent decades building the party and providing a fresh ideological narrative to the people,” Mr. Modi tweeted. He also posted a picture of the meeting. Mr. Modi and Mr. Shah later met Mr. Joshi.

After meeting Mr. Joshi, the PM tweeted, “Dr Murli Manohar Joshi is a scholar and intellectual par excellence. His contribution towards improving Indian education is remarkable. He has always worked to strengthen the BJP and mentor several Karyakartas, including me“. “Met him this morning and sought his blessings.”