World / Modi Hai to Mumkin Hai, Says US Secretary of State Mike Pompeo Ahead of India Visit This Month 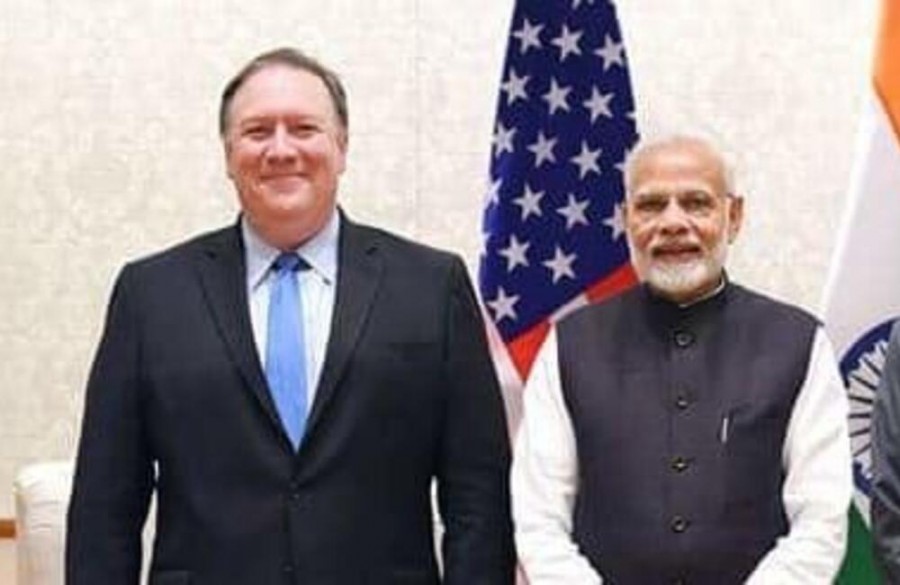 Washington: Addressing the India Ideas Summit of US-India Business Council on Wednesday, US Secretary of State Mike Pompeo put his own spin on BJP’s election slogan ‘Modi hai toh Mumkin hai.’ He said, “As Prime Minister (Narendra) Modi said in his latest campaign, ‘Modi hai to mumkin hai,” or ‘Modi makes it possible”, I am looking forward to explore what’s possible between the US and India.”

Pompeo is scheduled to visit New Delhi later this month. Speaking at the summit, Pompeo listed out some of the “big ideas and big opportunities” that can take the bilateral relationship between US and India to a new level. At the India Ideas Summit in the US, Pompeo said, “I’ll have the incredible privilege to meet again with Prime Minister Modi & my new counterpart too Minister of External Affairs Jaishankar, all heads of industry and other people. I’ll be in India for a bit.”

Pointing out the fact that differences exist between the two countries in key trade and business areas, Pompeo said, “We remain open to dialogue and hope our Indian friends will drop their trade barriers and trust in the competitiveness of their exporters and private-sector companies.”

The US Secretary of State reportedly said that millions of Indians have been lifted out of poverty. He added that India became a world leader in various sectors including IT Services, Engineering, and Pharmaceuticals. Commenting on the US-India bilateral ties, he said that the trade between the two countries reached a US$ 142 Billion in just one year (2018), which is a 7 fold increase since 2001.

Giving a preview of his India mission, he said he truly believes the two nations have a unique opportunity to move forward together for the good of their people, the Indo-Pacific region, and the world.

Mike Pompeo will travel to India, Sri Lanka, Japan and South Korea from June 24 to 30. His four-nation is aimed at deepening US partnerships in the strategic Indo-Pacific region. He said under President Donald Trump, the US has taken defence cooperation to newer heights, solidified their common vision for the Indo-Pacific and taken a far tougher stand on Pakistan’s unacceptable support for terrorism.

“Forging strong ties means formalizing these individual friendships. Last year, we kicked off the ”2+2 dialogue” alongside the Department of Defence. We”ve also reinvigorated the Quad Dialogue among India, the United States, Japan, and Australia – all like-minded democracies in the Indo-Pacific. These are all good steps,” he said.

India and the US, he said, must embrace the strategic framework that works for both the nations. “We respect India as a sovereign power, with its own unique politics and strategic challenges. We realise it’s different to deal with the likes of China or Pakistan from across an ocean than across a border,” he said.

Making a strong case for a free and open Indo-Pacific, he said it starts from the premise that the two share common values of democracy, freedom, and a belief in the ingenuity of the human spirit. “It’s only natural that the world’s most populous democracy should partner with the world’s oldest democracy to maintain their shared vision for the Indo-Pacific.”

Mike Pompeo said the first batch of India’s Apache helicopters are coming off Boeing”s production line in Arizona. Lockheed Martins F-21 and Boeing”s F/A-18 are state-of-the-art fighters that could give India the capabilities it needs to become a full-fledged security provider in the strategic Indo-Pacific region.

“On energy, we want to complete the Westinghouse civil nuclear project, and deliver more American LNG and crude,” he said adding that these steps will give Indians reliable and abundant energy and help reduce dependence on regimes like Iran and Venezuela.