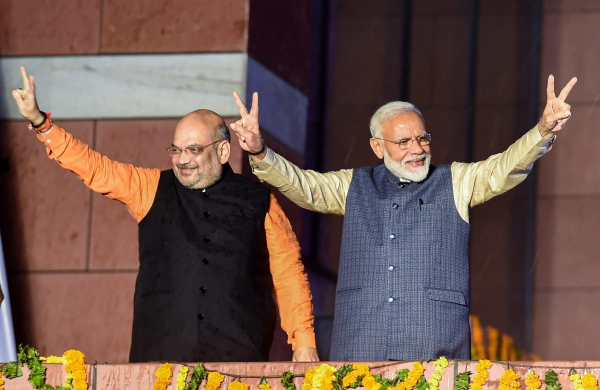 PM-designate Narendra Modi has almost made up his mind on how his new Cabinet should look like, according to sources.

It will be guided by the principles of continuity, grooming leadership for future, and maintaining robust organisational strength for the BJP, it is learnt.

Modi has concluded consultations with key aides, including BJP chief Amit Shah, for the formation of the council of ministers.

The Rashtriya Swayamsewak Sangh is also learnt to have shared inputs for the government formation, through joint general secretary Krishna Gopal Sharma.

“PM had gone to the polls as a team, which has overwhelmingly been endorsed by the people. It’s natural that ‘Team Modi’ continues,” said a senior BJP functionary.

He added that government formation is an opportunity to groom leaders who could shoulder the responsibilities of the party for the next two decades.

“Since there are 165 first-time MPs from the ranks of the BJP, some of the bright minds could be picked up to help them gain exposure in governance,” he noted.

Shah on Tuesday also went into a huddle with the party general secretaries during which the BJP chief stressed the party must remain battle-ready for the upcoming Assembly elections, without being distracted with the government formation process at the Centre.

There is a view within the BJP that Shah should join the government after playing a crucial role in the party’s return to power. Shah has not commented on the matter.