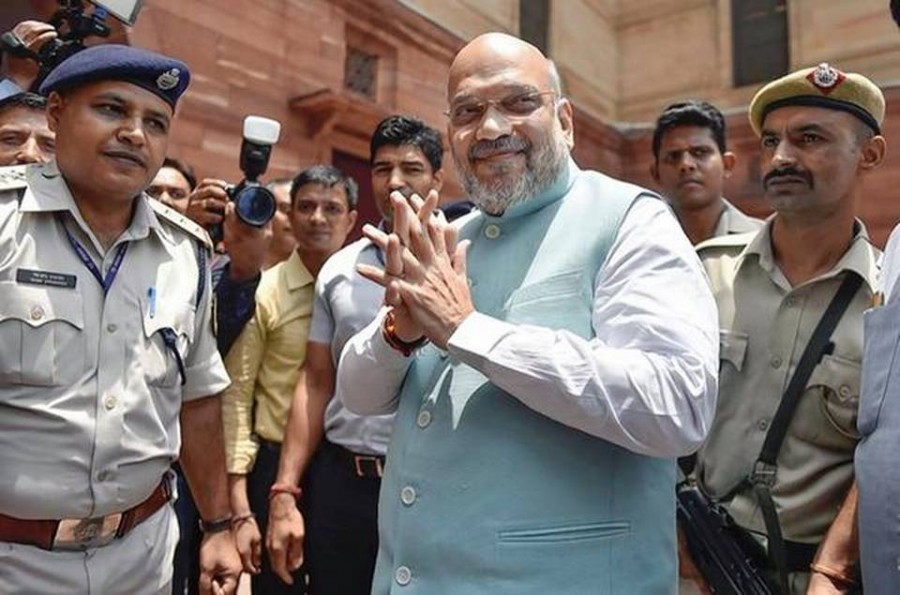 The Delhi Police have reviewed the security for Union Home Minister Amit Shah and moved more security men to his Akbar Road residence, a senior government official said on Friday.

Mr. Shah, who took charge last week, is living in a Type-VIII bungalow at 11, Akbar Road. The house was allotted to him in his capacity as BJP president. He is expected to shift soon to former Prime Minister Atal Bihari Vajpayee’s 6A, Krishna Menon Marg residence.

The official said Mr. Shah’s residence would be fortified further and additional crowd-control measures would be put in place.

The Delhi police had set up a multilayer security cordon around Rajnath Singh’s 17, Akbar Road bungalow when he was the Union Home Minister in the previous government of Prime Minister Narendra Modi.

“Based on our assessment, we moved additional security personnel to the Home Minister’s Akbar Road residence. We have not received any formal order to strengthen the security at Krishna Menon Marg bungalow [where he is expected to shift],” the official said.

The Delhi police had deployed boom-barriers, electronic blocking bollards, 100 barricades and quick reaction teams around Mr. Singh’s residence. “The security set-up at Mr. Singh’s residence continues. Any decision to remove it will be taken by the Ministry after a detailed assessment by all agencies,” the official said. Conventionally, the security of the Defence Minister’s residence is managed by the Army.