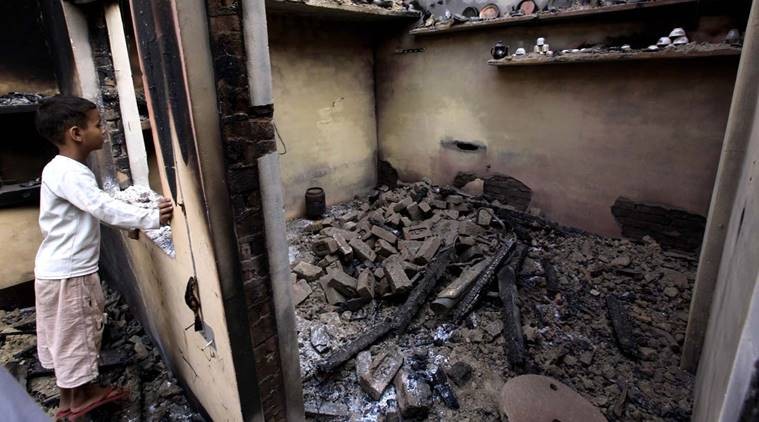 A local court in Muzaffarnagar sentenced seven youths to life imprisonment for the double murder in Kawal in 2013, which allegedly led to Muzaffarnagar riots. The seven accused were convicted on Wednesday on counts of murder, rioting among other sections by Additional District and Sessions Judge Himanshu Bhatnagar.

The accused- Mujassim, Furkan, Nadeem, Janangir, Afzal, Muzammil and Ikbal were found guilty in the murder of Gaurav and Sachin on August 27, 2013, and other sections of rioting and damage to property as per the order.

“The Court sentenced the youths to two years imprisonment under section 147 (rioting), three years under section 148 (rioting with deadly weapon), five years under Section 506 (criminal intimidation) and a lifetime sentence under section 302 (murder). Fines more than 2 lakh have also been imposed on the accused. Out of the fine amount, 80% will be given to the family of victims”, said Rajiv Kumar on behalf of the prosecution counsel.

An FIR was filed under sections 302 (murder) in Jansath police station area were against five men who had allegedly battered them to death. The two other accused, Afzal and Iqbal, however, were summoned by the court later under provisions of section 319 of the Criminal Procedure Code when the evidence of their complicity in the killings emerged during the trial. For 6,000 cases lodged following the 2013 riots, 1,480 accused were arrested for their alleged roles in the riots, according to authorities.

The two cousins, Gaurav and Sachin, and another youth, Shahnawaz Qureshi, were killed in separate incidents on August 27, 2013, leading to widespread riots in Muzaffarnagar, in which 62 people had died and more than 50,000 displaced. Additional District and Sessions Judge had held Muzammil, Mujassim, Furkan, Nadeem, Janangir, Afzal and Ikbal guilty for killing Gaurav and Sachin and subsequent rioting.

The case was probed by a Special Investigation Team (SIT) which filed charge sheets in 175 cases. While there is still a dispute on the exact cause of the riots, it is alleged that a girl from the Jat community was allegedly harassed by Shahnawaz in Kawal village. In retaliation,Sachin and Gaurav, relatives of the girl, killed Shahnawaz. The brothers were lynched by a Muslim mob while trying to escape. According to the FIR, the two youths were battered to death by the five of the convicts

The riots began a few days later, on September 7, when people returning from a mahapanchayat were attacked. The violence later spread to other areas in Muzaffarnagar and adjoining districts.

In 2016, the Justice Vishnu Sahai inquiry commission set up to probe the 2013 Muzaffarnagar riots blamed intelligence failure and laxity on the part of some top officials for the violence.