Entertainment / #MyTikTokStory: How TikTok is following YouTube’s steps in advertising 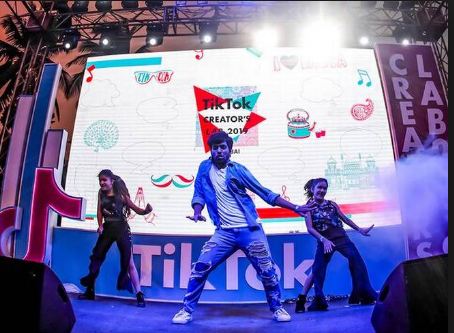 Foray into the TikTok app and you are likely to fall down a rabbit hole of popular 15- to 60-second videos — from dance and comedic clips to users lip-syncing songs and movie dialogues. It’s an extremely addictive exercise. A quick scroll through the seemingly endless stream of suggestions, and you are, for days, likely to retain the earworm of a song that you’ve just heard for 15 seconds.

Owned by the Chinese company ByteDance, the app was merged with the similar Musical.ly (remember this addictive entity?) and rebranded as TikTok last year. According to TikTok, the app has amassed over 200 million users in India, and 120 million of them flock to the platform every month as active users. We’ve spoken about the app’s three-week strike-down from app stores in April and the legalese, after the Madras High Court voiced concerns that it exposed children to pornographic and inappropriate content. But the app witnessed a surge of users and its campaign, #ReturnOfTikTok, currently has over three billion views.

Yes, the platform has had a bumpier ride. Earlier this year, the USA’s Federal Trade Commission slammed a record fine — of $5.7 million — on the app, for illegally collecting personal data of users who were children. TikTok agreed to increase privacy protections then, and now seems to be focused on tidying up its image.

And in doing so, it looks like the app is following YouTube’s blueprint. Following a Creator’s Lab in Tokyo in February, TikTok hosted over 500 of its stars from around the country at a Creator’s Lab in Mumbai recently. Over the past decade, YouTube has turned its attention to similar labs, ‘summits’ and even studios — to bring creators together on collaborations and an exchange of ideas, while also equipping them with resources to improve the quality of their content.

By launching #MyTikTokStory last week, TikTok is encouraging creators to showcase their talents on the platform — from DIYs to singing. Some influencers use the hashtag to share what the platform has meant to them. The aim appears to be to readjust the image of the app from a platform for lip-syncing videos to one with more individual and diverse content that creators can bring. So like with Instagram, will there be a generation of TikTok influencers?

In churning out campaigns and focusing on increasing engagement on the platform, TikTok is looking to bring together advertisers and creators — much like YouTube’s model. So far, brands including Myntra, Pepsi, Snapdeal and Shaadi.com have advertised on the platform after recognising its reach.