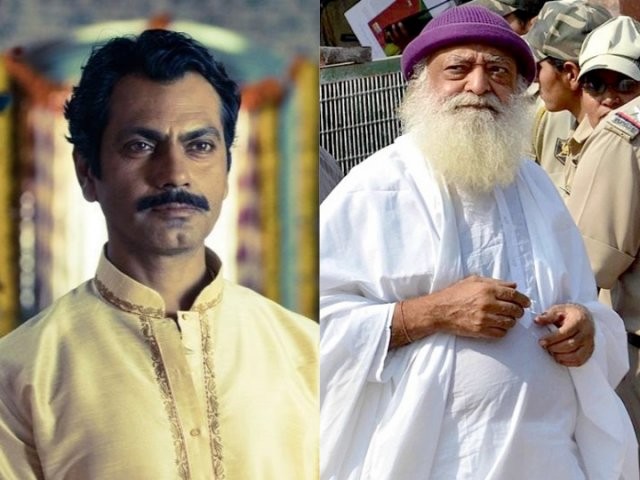 After seeing self-styled godman Asaram Bapu splashed across every platform, the world will now get to see the story of three courageous women who fought for justice against him, says the author of the book behind Asaram's upcoming biopic.

Ushinor Majumdar has penned "God of Sin: The Cult, Clout and Downfall of Asaram Bapu" -- which will be cinematically adapted by filmmaker Sunil Bohra for his latest biopic on the disgraced godman and the women who took him down.

"We've seen a lot on the godman both in print and television. This is the first book of its kind reporting on every aspect of the criminal empire of a bogus godman."I hope that the world now gets to see the story of three courageous women who fought for justice -- the gutsy survivor who was a minor when she took on the larger-than-life godman, and two efficient women police officers who exposed father and son for what they are," Majumdar said in a statement released by the book's publisher Penguin India.

The film, made by the producer of "Gangs of Wasseypur" and "Tanu Weds Manu", will focus on people who played significant roles in the fight for justice against the self-styled godman and facts as relayed in the book.

According to a report published in TOI, actor Nawazuddin Siddiqui is reportedly being considered for a film being planned on godman, Asaram Bapu.

The producer of the film says that he's come across names like Anupam Kher and Naseeruddin Shah being suggested to play the godman. However, he feels that Nawazuddin will be able to play the role as he and Naseer are both versatile and talented.

The report further adds that, when Nawazuddin was given the news that he is being considered for the controversial role, he reportedly reacted saying that Asaram led an interesting life. He also recalled meeting the godman at an airport. Talking about his impressions of the godman, he said that he was a good orator, but getting across all the complexities would ill be a tough task.

The book introduces Asaram Bapu as someone who presided over a politically influential empire built on blind faith for decades.

"Along with his son and heir, Narayan Sai, he has now become an example of everything that is wrong with self-styled godmen and the cults they spawn.

"The two stand accused of sexual assaults on vulnerable devotees, land grabbing, money laundering, intimidation, exploitative black magic rituals and the horrific murder of witnesses who testified against them," it says.

The publisher, while maintaining that the book is a stellar example of investigative journalism, looked forward to its movie adaptation.