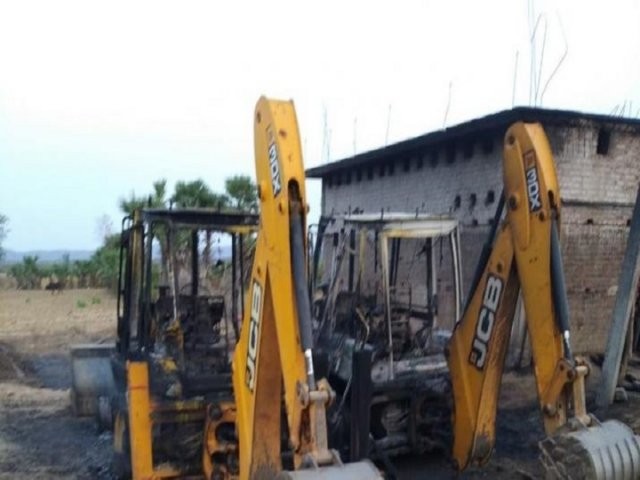 In yet another untoward incident undertaken by the naxals in Bihar, at least four vehicles engaged in road construction work were torched by maoists insurgents in Barachatti near Gaya.

As per eyewitnesses, nearly 30 Naxals were involved in the arson. No casualty has been reported as of now.

On Wednesday, 16 Maharashtra police personnel were martyred in Gadchiroli district in an IED blast carried out by Naxals. Naxals allegedly set on fire over 50 machines and vehicles at a road construction site in the area. All the security personnel who lost their lives belonged to the C60 Commando group, that is, the anti-Naxal operation team

Prime Minister Narendra Modi had strongly condemned the dastardly attack and said, “Strongly condemn despicable attack on our security personnel in Gadchiroli, Maharashtra. Salute all brave personnel. Their sacrifices will never be forgotten. My thoughts and solidarity are with bereaved families. Perpetrators of such violence will not be spared.”

Maharashtra Chief Minister Devendra Fadnavis had also condemned the attack and expressed grief. Fadnavis had said, “Anguished to know that our 16 police personnel from Gadchiroli C-60 force got martyred in a cowardly attack by Naxals today. My thoughts and prayers are with the martyrs’ families. I’m in touch with DGP and Gadchiroli SP.”