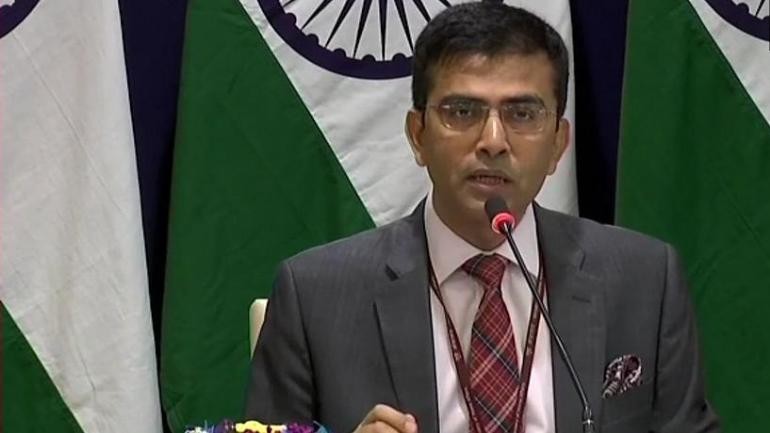 In a strong message to Pakistan, the government said despite tall claims, the neighbouring country has failed to act against terrorists operating from its soil and asked it to show credible, verifiable and sustained action against such terror groups. "Pakistan claims to be a 'naya Pakistan' with a 'nayi soch', it should demonstrate 'naya' action against terror groups and cross-border terrorism, by Raveesh Kumar said.

"Pakistan claims to be a 'naya Pakistan' with a 'nayi soch', it should demonstrate 'naya' action (new action) against terror groups and cross-border terrorism," ministry of External Affairs spokesperson Raveesh Kumar said.

The spokesperson was addressing a press briefing on Saturday morning.

Slamming Pakistan for continuing to deny that Jaish-e-Mohammed's (JeM) roots in Pakistan, Raveesh Kumar said, "It is unfortunate that Pakistan still continues to deny JeM's own claim of carrying out the Pulwama attack in which 40 CRPF personnel were killed."

The MEA spokesperson asked, "Pakistan Foreign Minister said there was some confusion and that the JeM have not claimed responsibility of the attack. Is Pakistan defending Jaish?".

Kumar asserted that Pakistan-based terror groups were conducting their activities without any hindrance.