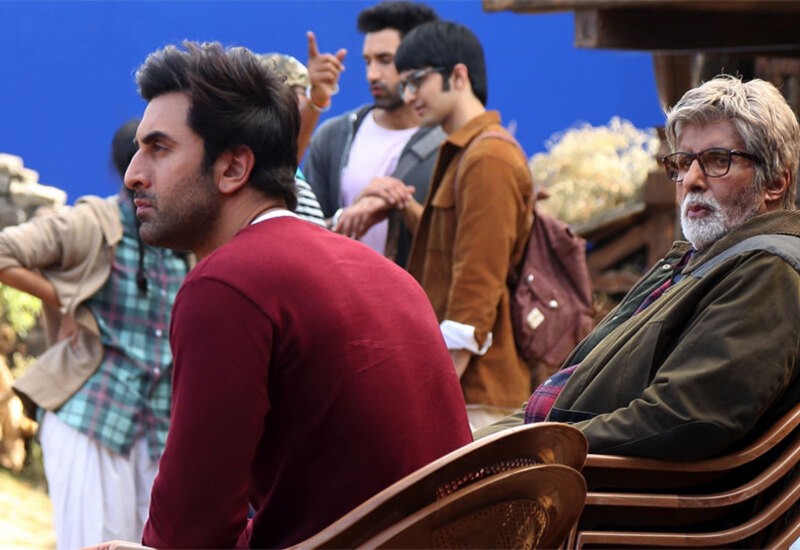 New Delhi: Filmmaker Ayan Mukerji's ambitious project 'Brahmastra' will have many casting firsts. From lead actors Ranbir Kapoor and Alia Bhatt's on-screen pairing to megastar Amitabh Bachchan working with these actors—the viewers will get to witness it all together on the 70mm screens.

Big B, who is an avid Twitter user decided to share some on-set pictures with his 'favourite' Ranbir Kapoor. Bachchan senior captioned the pictures as, “work starts early .. like 6 am .. rehearsing, blocking and then shooting it .. with one of my favourites..I need 4 of those to keep up with his enormous talent .. !!”

The pictures show them engrossed in the prep-up work ahead of the shoot.

'Brahmastra' stars Mouni Roy in a negative role—something which she has never done before.

The film is produced by Karan Johar's Dharma Productions and is the first part of the fantasy adventure trilogy. After much delay, it has finally locked a release date i.e December 4, 2020.