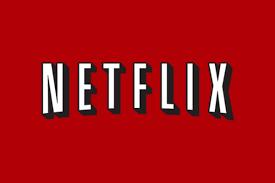 Netflix has extended its cheaper mobile-only subscription trials to India. The new plan is being tested with select users in the country. Netflix has confirmed it’s not an official roll-out of new plan or a price cut. Netflix more enjoyable and accessible. Netflix’s mobile-only plan is available for Rs 250 per month. Netflix’s monthly subscription plan starts at Rs 500. Netflix also offers options Standard & Premium.

Netflix’s new cheaper mobile-only subscription test is considered to be the company’s ambitious plans to acquire “100 million subscribers” from India. With an objective to tap India’s growing internet user base, Netflix is partnering with local content creators and investing in “originals.” Last year, it announced 7 new original productions for Asia, including nine for India.

Netflix, however, faces a strong competition from domestic players such as Disney-backed Hotstar and Alt Balaji. It is also competing with Amazon Prime Video which is part of Amazon’s Prime subscription plans.

“Now it is true that Youtube is free, and Amazon is basically free, and cable is extremely inexpensive because it’s ad-supported. To some degree that creates a consumer expectation,” he said. But he added that the cost of Netflix in India was “like going to the movie theatre 2-3 tickets a month, but you get to watch a lot more.”