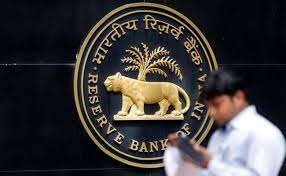 India's slowing economy will need a boost soon after the current election but budget stresses mean the Centre probably has to rely on the Reserve Bank of India (RBI) to provide it through more interest rate cuts, according to two senior finance ministry officials.

The government lacks the ability to hike already-planned spending to spur growth, they said, as revenue in the year ending March 2020 is likely to be below target while borrowing will rise, mainly for a new farm support scheme.

"Right now the government is not thinking of any stimulus. I do not think we can afford it, as any package would ultimately lead to higher borrowing," one of the ministry officials, who insisted on anonymity, told news agency Reuters.

The government has a fiscal deficit target of 3.4 per cent of gross domestic product for 2019-20.

The finance ministry did not respond to a request for comment.

While the RBI is likely to be open to more policy easing, provided inflation does not surge, their impact on economic activity may be limited, given debts burdening India's state banking sector.

The finance ministry official said the RBI needs to provide additional liquidity to ensure rate cuts pass to bank customers. The central bank has injected $13 billion into the system in the past two months through open market operations and forex swaps, but the officials expect more.

The second official said the ministry is working on a plan to infuse capital into state-run banks in exchange for equity. State-run banks have asked for a Rs. 50,000 crore ($7.12 billion) fund infusion in 2019-20, sources said.

Economic growth, which hit a five-quarter low of 6.6 per cent in October-December, appears to be slowing. March industrial output contracted for the first time in nearly two years, surveys show a slackening in manufacturing and services growth, while car and motorbike sales have tumbled.

The slip in growth comes at a time many economists are questioning the quality of official data and suggesting past levels have been overstated.

The trade war between the United States and China has sparked worries about a weakening in the global economy. Government officials are concerned that low-cost Chinese goods which can't find a home in the US might be dumped in India.

Economists agree that the next administration - whether again led by Prime Minister Narendra Modi and his Bharatiya Janata Party (BJP) or by its opponents - will urgently seek to lift growth.

The 39-day general election ends on May 19, with counting of votes on May 23.

The central bank has cut its benchmark repo rate by 50 basis points this year to 6.0 per cent. The two finance ministry officials said the government expects at least another 50 bps cut by August. The next RBI policy meeting is June 6.

Media this week quoted a senior official as saying the corporate affairs ministry is working on a plan to waive debt of very small businesses and individuals with annual earnings below Rs. 60,000, or about $850. That could cost as much as Rs. 20,000 crore.

But finance ministry officials say any such plan would have to be funded by budget cuts elsewhere and is unlikely to start in the current fiscal year.

The Congress party has pledged to give Rs. 72,000 to each of the country's poorest families, but this won't be immediately implemented, should it form the government, due to concerns this will make the fiscal deficit balloon.

"The immediate focus has to be the macro-economic stability," P Chidambaram, former finance minister and a senior Congress leader, told Reuters. "It's only when the growth process starts we can find the revenues for implementing all this."

In the 2019-20 budget, the government expanded its borrowing programme by Rs. 1.4 lakh crore to more than 7 lakh crore.

The government expects to fall short of its 2019-20 indirect tax target of Rs. 13.8 lakh crore, 20 per cent above last year, making it harder to meet its revenue target. Also there could be losses from state-run banks and other companies, such as Air India, which might need further government support.

"In 2019-20, fiscal deficit is expected to be much higher than the budget target," predicted former RBI Governor Bimal Jalan.