Kerala / Nipah case: 7 in isolation and 314 quarantined in Kerala 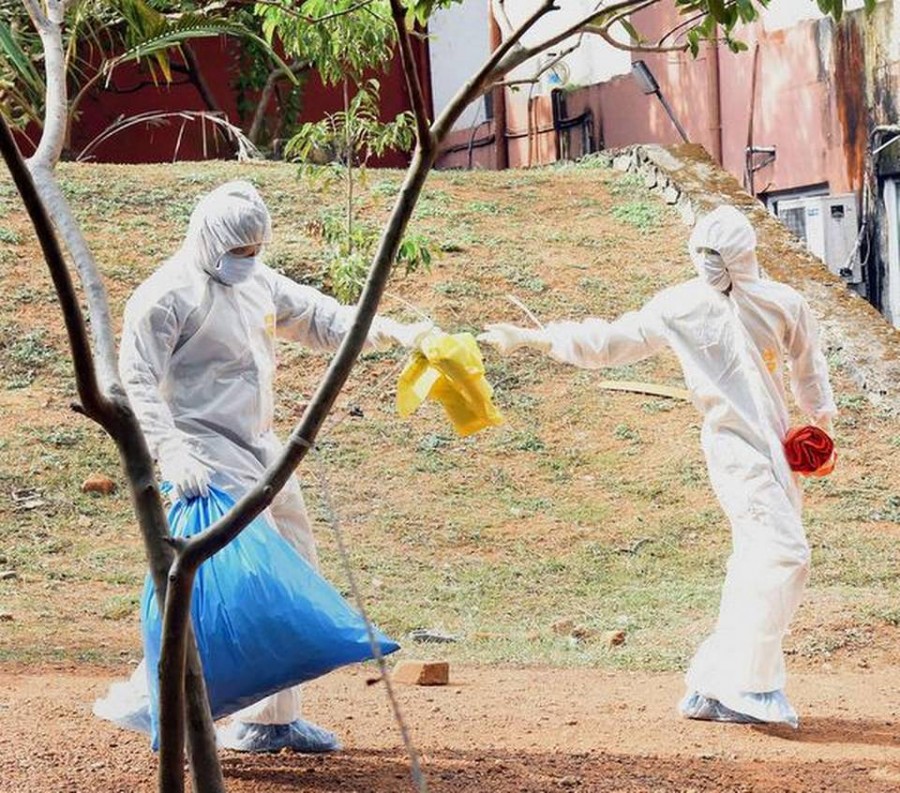 A total of 314 people have been quarantined and placed under observation for having been in immediate contact with the 23-year-old youth from Vadakkekara in Paravur in northern Ernakulam, who has been diagnosed as having contracted the Nipah virus. Authorities at a private hospital in Kochi where he is under treatment said he was stable and taking food.

Two more persons were admitted to the Government Medical College (GMC), Ernakulam, on Wednesday, taking the numbers of suspected Nipah infections to seven. Samples collected from all the patients in the isolation ward of the GMC have been sent to the National Institute of Virology (NIV) labs at Alappuzha and Pune.

Human monoclonal antibodies, considered effective in treating the zoonotic virus infection, have been brought to Kochi and would be administered to those admitted to the isolation ward, after results of the laboratory tests become available.

Ernakulam District Collector K. Mohammed Y. Safirulla, in a bulletin, said the district administration had ensured all measures were in place to ensure prevention and spread of the infection.

A six-member team of Central experts led by Dr. Ruchi Jain, Joint Director in the Union Health Ministry, visited the Vadakkekara Panchayat in the Paravur taluk. A team led by Dr. Tarun of the National Institute of Epidemiology (NIE) trained doctors and health workers in handling the situation.

The surveillance call centres for Nipah tracking and sensitising the public received 372 calls, a communication issued by the Collector said. Besides 1077, a new line, 0484-2425200, has been added to the call centre.

Chief Minister Pinarayi Vijayan is expected to reach Kochi on Thursday to review the situation. Earlier on Wednesday, Health Minister K.K. Shylaja, reviewed the situation. It was decided that there was no need to postpone reopening of schools, as the situation was well under control.

“Adequate stock of Ribavirin is available in the district. A viral transport medium for sending samples is also ready. That apart, there are sufficient numbers of N95 and three-layer masks,” the communication said.

The District Collector has issued instructions to the animal husbandry department to monitor the health condition of livestock and to immediately report back in case of any animal showing Nipah-like symptoms.

The Labour Department carried out inspection at migrant labour camps in the district and issued notices to those found to be unhygienic. Safety precautions were being maintained while transporting body fluid samples, and people with suspected Nipah infection in ambulances. Three-layered N-95 masks have been stocked, the District Collector said in his statement.