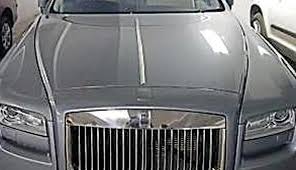 A Rolls Royce Ghost and Porsche Panamera belonging to diamantaire Nirav Modi were sold for Rs 1.70 crore and Rs 60 lakh, respectively, in a re-auction held by the Enforcement Directorate (ED) on Tuesday.

“All the prices are subject to approval. The seller reserves the right to sell or reject it,” said a source privy to the development. “All the vehicles have fetched amounts above the start price. The new bids will be scrutinised as per the market conditions after which the decision to sell or reject will be taken.” The contract for the e-auction was given to the Mumbai office of Metal Scrap Trade Corporation Limited (MSTC), a state-owned e-commerce company.