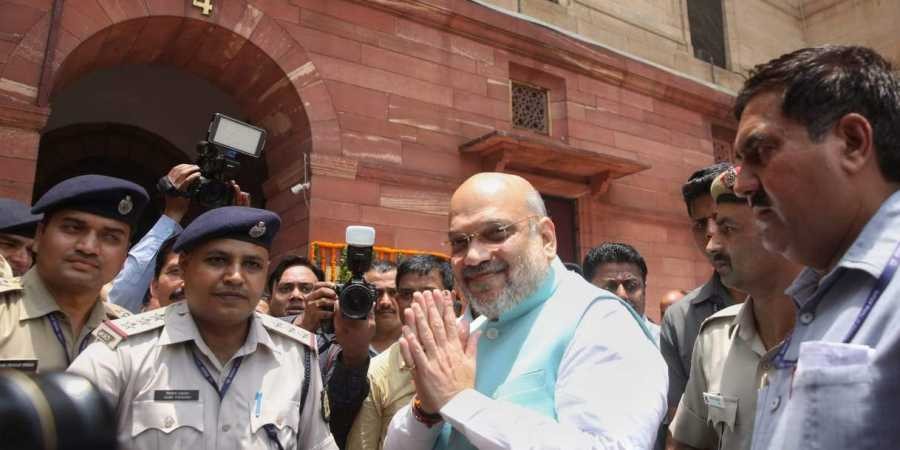 It was a meeting to discuss rising oil prices and the Bharat Petroleum’s proposal to invest $2.4 billion (Rs 16,646 crore approx) in a giant gas field in Mozambique, but it only established what has long been speculated in the political corridors of Delhi.

That Union Home Minister Amit Shah, although third in the government’s order of precedence, is the de facto number 2.

Previously such decisions were vetted by ministerial grouping headed by the then Finance Minister Arun Jaitley. But with Jaitley out of the government due to health reasons, the task has now been taken over by Shah, who is also the BJP president and was instrumental in the party’s thumping victory in the recent Lok Sabha polls.

While no decision was taken, the meeting underscored Shah’s position in the political hierarchy. The situation arising out of the US decision to ban oil imports from Iran, and India’s investments in other oil and gas fields abroad were also discussed in the meeting.

Pradhan has criticised the $6 billion spent to take 30% stake in the Rovuma Offshore Area-1 in Mozambique during the UPA regime.

In Mozambique, about 75 trillion cubic feet of natural gas has been discovered in the field. In the first phase, $22-24 billion is to be spent by partners in the Mozambique project to develop the field and build two LNG trains of 12.88 million tonnes.

BPCL holds 10 per cent stake in the project and its share of investment comes to $2.4 billion. Of this $800 million would be as equity — the single largest investment in an upstream project by the company ever. The remaining would be raised as debt.

Oil minister Pradhan has been critical of the $6 bn spent by Indian public sector firms in Mozambique and other UPA-era deals, as falling oil, gas prices do not justify them.