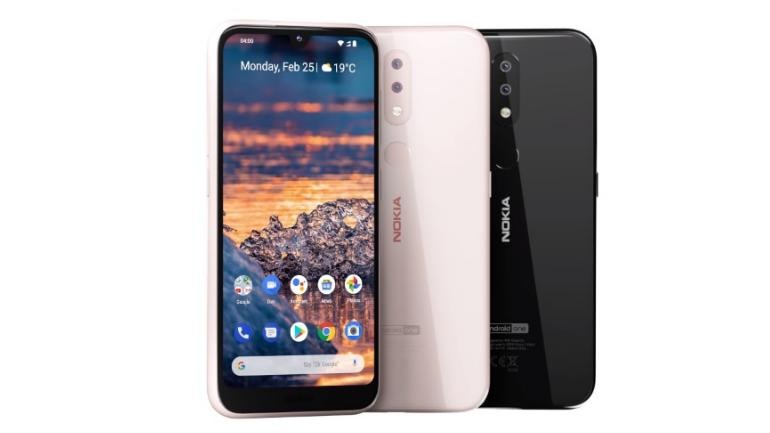 HMD Global will launch its first 2019 Nokia phone for the Indian market today. The Nokia 4.2 will be announced in just a short while as the company has teased its arrival on its social media pages for the past few days. The Nokia 4.2 was first unveiled at MWC 2019 in February alongside the Nokia 3.2, Nokia 9 PureView and Nokia 1 Plus. The handset touts a LED notification power button, a dedicated Google Assistant button a waterdrop display and stock Android 9 Pie, among other things.

The Nokia 4.2 has been available in a few markets already with a price tag of USD 169, which approximately comes to around Rs 11,700 in India. However, considering the phone slots below the Nokia 5.1 Plus, we expect the pricing in India to fall well below Rs 10,000 in order to make it more competitive for the Indian market. HMD will announce the India price and availability of the Nokia 4.2 in just a few hours.

The Nokia 4.2 is one of the first devices from HMD Global to come with a notification light embedded in the power button. The LED light glows on receiving notifications like messages or missed calls. The Nokia 4.2 also gets a dedicated Google Assistant button to make it faster and convenient to access the AI on the go.

For an affordable smartphone, the Nokia 4.2 touts a premium design with a 2.5D curved glass on the front and back. The handset gets a rear-mounted fingerprint sensor and supports face unlock as well. The Nokia 4.2 sports a 5.7-inch HD+ display with a 19:9 aspect ratio. The phone comes in Black and a new Pink Sand colour. Both options are expected to launch in India.

The Nokia 4.2 is powered by a 2.0Ghz octa-core Snapdragon 439 chipset paired with 2GB or 3GB of RAM and up to 32GB of internal storage. We will know in a short while whether the company plans to bring both RAM variants to the country.

The Nokia smartphone also offers a 13MP + 2MP dual rear camera setup and an 8MP front-facing camera. It houses a 3,000mAh battery and runs stock Android Pie out-of-the-box as part of the Android One program.