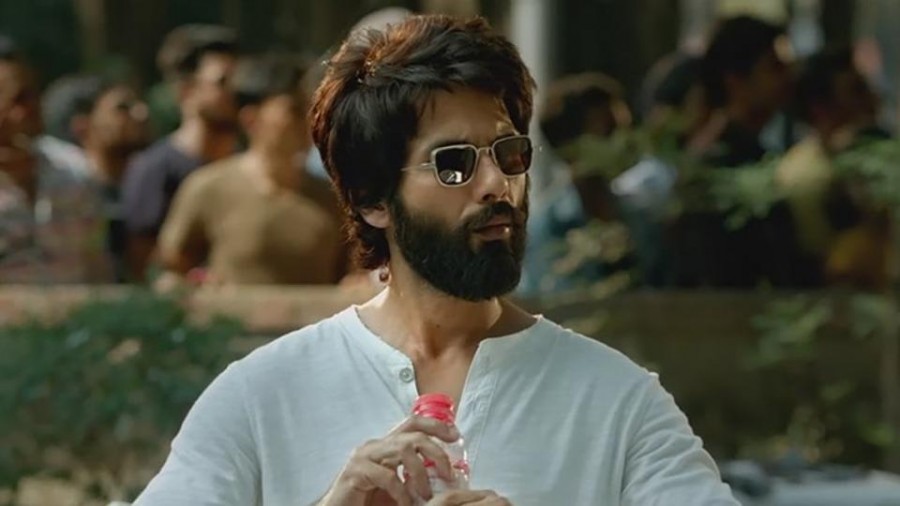 Shahid Kapoor and Kiara Advani starrer Kabir Singh has become the talk of the town. Last week, the film hit the screens and in just 5 days, Shahid and Kiara’s film has managed to set the box office on fire. With huge numbers on the board, Shahid and Kiara have been celebrating the success of the film. However, there are many who have criticised the film for being deeply misogynistic and for the violence shown on screen. Amidst all the hullabaloo, Shahid Kapoor opened up about the criticism about the film in a chat.

In an interview with Bollywood Hungama, Shahid was quizzed about the criticism of the film and what he thinks of the same. The Kabir Singh actor clarified that he remains unaffected by the comments that people make about his film and only focuses on the bigger picture. Shahid even mentioned that he has been in the industry for over 15 years and has done a wide variety of films and hence, all this doesn’t bother him. Kabir Singh star also was sure that when his viewers see the bigger picture, everything will be fine.

Shahid stated, “I don't get affected by ek-dedh mahine ke liye ye jo comments aate hai; that is not important. Everything will find its meaning, once people will see it in totality. Jab aap shuru mai aate ho to aapke har performance pe sochte ho abhi log kya bolenge.( At the start of your career, you are bothered about what people will think about your performances.) I have been doing this for 15-16 years now. I have done about 30 films. For me, now it is about putting a body of work behind, so that when people see that, they see a variety of work. The larger picture is important.”

Shahid Kapoor and Kiara Advani starrer got a huge thumbs up from various celebrities like Karan Johar, Neha Dhupia, Ishaan Khatter, Janhvi Kapoor and more. Shahid’s brother also came to his defence on social media when a fan questioned the violence in the film. The original film had starred Telugu star Vijay Deverakonda who also loved Kabir Singh. A day back, Shahid and his brother celebrated the success of Kabir Singh by dancing it out and Mira shared the video on her Instagram story. As of now, Kabir Singh has managed to mint Rs 104.25 crores approx at the box office and is going strong.