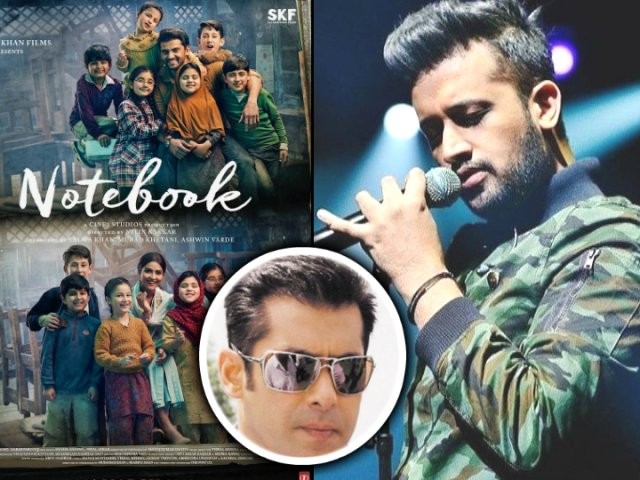 The song 'Main Taare' was originally recorded by Pak singer Atif Aslam. Notebook is being produced under Salman Khan's home banner and the superstar will now sing the song. The film will mark of Pranutan Bahl and Zaheer Iqbal. All Indian Cine Workers Association announced a ban on all Pakistani artists & actors. Salman Khan will get Pakistani singer Atif Aslam replaced from his home banner film ‘Notebook’.

As per the latest buzz, the team has finally zeroed in the voice they were looking for. And it’s none other than Salman Khan. Yes, you read that right.

A report in a leading daily suggested that Salman’s name came up during the brainstorming session. The ‘Bajrangi Bhaijaan’ actor has previously lent his voice for ‘Main Hoon Hero’ for Sooraj Pancholi and Athiya Shetty starrer ‘Hero’.

It took some time for the team to convince Salman but the Bollywood superstar has given his nod to sing the song, the report added.

"Many singers were considered, but the makers were not fully convinced whether they would be able to do justice to Main Taare, which is a soft romantic number. During the brainstorming session, Salman's name cropped up as he has previously crooned Main Hoon Hero, another romantic song that had earned much love from listeners. The team thought he would be a good fit. It took some convincing, but Salman has agreed to go behind the mic again,’’ a source told Mid-Day.