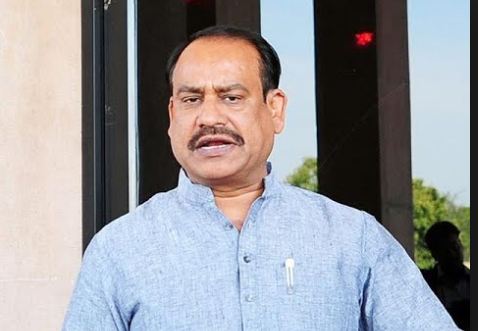 Om Birla's nomination for the Speaker post was backed by all the NDA allies. The Congress and Trinamool Congress also supported Om Birla for Speaker.

The Opposition did not field any candidate for the Speaker's post and the motion moved by Prime Minister Modi to choose the Kota-Bundi MP as Speaker was adopted by a voice vote.

A total of 13 motions were moved in support of Om Birla as the Speaker.

Since the motion moved by Modi, also leader of the House, was adopted, the other motions became infructuous.

His candidature as the Speaker was supported by all major parties including Congress, TMC, DMK and BJD.

PM Modi said, "It is a matter of great pride for the House and we all congratulate Om Birla Ji on being unanimously elected as the Speaker of the Lok Sabha. Many MPs know Birla Ji well. He has served in the state of Rajasthan as well."

"I remember working with Om Birla Ji for a long time. He represents Kota, a place that is mini-India, land associated with education and learning. He has been in public life for years. He began as a student leader and has been serving society since then without a break," said PM Modi.

Adhir Ranjan Chowdhury, who was appointed the leader of Congress on Tuesday, urged the new Speaker that the House should abide by democratic practices.

Chowdhury said, "We believe in discussion, dissent and decision and we expect our right to be reserved. In parliamentary discussions, we must avoid ordinance route, because it is against democratic norms."

In the 2019 Lok Sabha election, BJP's Om Birla defeated Congress's Ramnarayan Meena with a huge margin of over 2.5 lakh votes in the Kota-Bundi Lok Sabha seat.

Two-time MP Om Birla (57) has been MLA from Rajasthan thrice.

Om Birla is a member of the Standing Committee on Energy in Parliament, member of Committee on Petitions and Consultative Committee for Ministry of Social Justice and Empowerment.