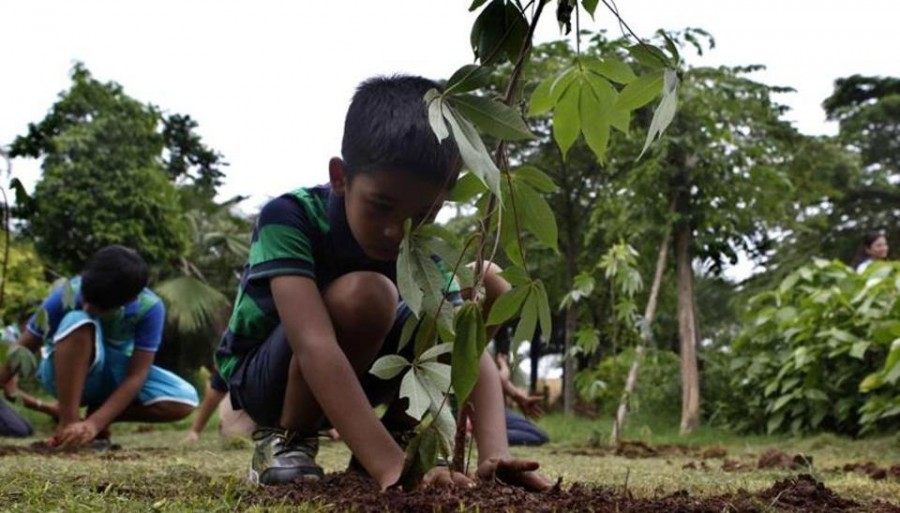 In a novel initiative, one sapling will be planted for each enrolment in government schools across the state, Rajasthan School Education Minister Govind Singh Dotasara said Monday.

Addressing a workshop here, the minister also said concerted efforts should be made for 100 per cent enrolment in state schools, sapling plantation and in reducing school dropout rates.

The Rajasthan government will make efforts so that boys and girls of the state get better and quality education in schools, Dotasara said.

“The government will plant as many saplings as there will be enrolments in government schools as part of ‘entrance festival’ in the state,” Dotasara said.

He urged the Education Department authorities to work with commitment.

Dotasara asserted that there has been a significant increase in the number of government schools in the state and over 76 per cent posts of teachers have been filled in all districts of the state.

Rajasthan High Court Justice Sandeep Mehta, who also addressed the workshop, expressed the need to find out the reason behind students dropping out of schools and work accordingly.

He said that as per a recent MHRD report on education, lakhs of students drop out every year and the biggest reason behind it is “child labour”.

Such children should be identified and education opportunities should be provided to them, Mehta added.